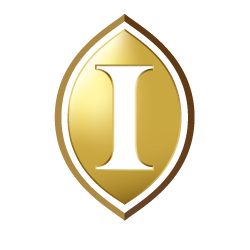 The FTSE 100 closed Friday up 0.04%, buoyed by China reopening news, a relatively calm reaction to U.S. Producer Price Index data and no doubt hopes of a year-end rally. China's reopening has a long way to go, but it has been enough this week to provide a hope of improvement in the outlook, and the FTSE 100 has benefited, edging back up after fall to a one-week low, IG Group chief market analyst Chris Beauchamp says in a research note. "InterContinental Hotels Group PLC's 3% rise on hopes of more good news from China has helped that move, helping to steady the index and put it on course for a move up towards 7600 as the year heads to its close," Beauchamp says.

Associated British Foods PLC said Friday that it backed its full-year outlook, but that it was mindful of further significant input cost inflation.

Berkeley Group Holdings PLC said Friday that pretax profit and revenue fell for the first half of fiscal 2023, and backed its full-year expectations.

Anglo American PLC said Friday that 2022 production was down by around 3% as the Quellaveco copper ramp-up and strong diamond production was offset by ore grades in Chile and lower production from Kumba and platinum group metals.

Hitachi Ltd.'s planned acquisition of Thales SA's rail-infrastructure business could lessen competition and drive up fares in the U.K., the country's financial regulator said Friday, warning of an in-depth probe of the deal if its concerns aren't addressed.

Pendragon PLC said Friday that Hedin Mobility Group AB has decided not to make an offer for the company due to challenging market conditions and an uncertain economic outlook.

Crestchic PLC said Friday that it has agreed to a 122 million-pound ($149.3 million) takeover by privately-owned temporary power supplier Aggreko Ltd.

Bonhill Group PLC said Friday that it has received a 6.6 million-pound ($8.1 million) offer for its U.K. and Asia businesses, but further cut its guidance for 2022.

ProCook Group PLC said Friday that it has seen weaker sales performance than expected in recent weeks amid softer consumer demand and it now expects full-year revenue for fiscal 2023 to be between 60 million pounds and 65 million pounds ($73.4 million-$79.5 million).

Gulf Marine Services PLC on Friday tightened its 2022 Ebitda guidance to between $70 million and $72 million, up on year, and said vessel utilization is expected to rise.

Gemfields Group Ltd. on Friday said that it secured auction revenue of $66.8 million for a ruby auction held from Nov. 21-Dec. 8.

Taylor Maritime Investments Ltd. on Friday reported a substantial drop in pretax profit and net asset value for the first half of its fiscal 2023 as it booked a loss on the value of its investments compared with a credit for the comparable period

Nanoco Group PLC shares rose Friday after the company said that it has been placed first in a trial schedule starting Jan. 6, in its case against Samsung Group for infringement of its intellectual property.

Shares of Porvair PLC rose as much as 13% on Friday after the company said that it expects to report an 18% rise in revenue for fiscal 2022 and to beat market forecasts for adjusted earnings per share.

Man Group PLC said Friday that it is launching a $125 million share buyback program, in line with its policy to distribute capital to shareholders while maintaining a prudent balance sheet.

GreenRoc Mining PLC said Friday that it has raised 315,000 pounds ($385,402) via a discounted placing, with the proceeds to be used toward developing the Amitsoq graphite project.

A sale of Thales SA's transportation-systems business to Japan's Hitachi Ltd. is likely to be delayed by months until the second half of next year amid antitrust concerns in the U.K, the French aerospace-and-defense group said Friday.

Global Invacom Group Ltd. said Friday that Executive Chairman Tony Taylor is stepping down from the company after 16 years' service, and that Gordon Blaikie will become interim chief executive officer while the board looks for a replacement.

The U.K. arm of Russia's VTB Bank has been placed in administration in London, its administrators said Friday in a statement, after being hit with sanctions on the onset of Russia's invasion of Ukraine.

By Jeffrey A. Trachtenberg

FBD Holdings CFO John O'Grady to Retire at End of 2023

FBD Holdings PLC said Friday that Chief Financial Officer John O'Grady plans to retire from the company and FBD Insurance PLC at the end of next year.

1412 GMT - K3 Capital's takeover proposal from Sun Capital Partners is a modest one and it is surprising management is backing it unless they are pessimistic about future trading, says Shore Capital analyst Jamie Murray. Shore Capital is unsure the offer is high enough to represent good value and that with the share price currently below the 350 pence-a-share proposal, adds to uncertainty any deal will take place. Shore Capital has cut its rating on the stock to hold from buy and trimmed its target price to 350 pence from 410 pence. Shares fall 2.3% at 317.50 pence, paring some of Thursday's gains. (elena.vardon@wsj.com) 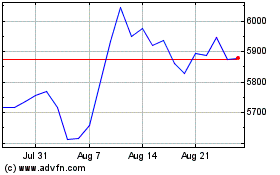 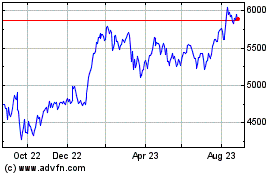 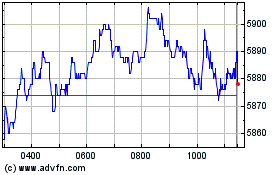