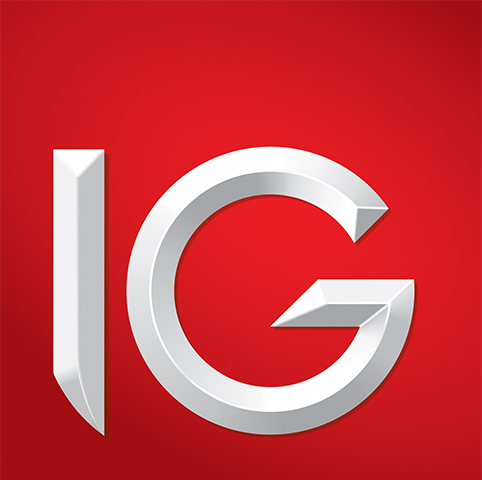 The FTSE 100 outperformed its U.S. and German counterparts on Monday, with reopening stocks enjoying a strong start to the week as a decline in U.K. coronavirus cases and deaths provided grounds for optimism. Recent fears around how coronavirus deaths could continue to rise in the wake of the July reopening have been allayed after the Sunday death count fell to 65, from 71, said Josh Mahony, senior market analyst at IG Group Holdings PLC. Given the U.K experience is key in determining whether the vaccine provides enough protection to avoid another lockdown, yesterday's decline raises hope the world will soon return to normality, driving outperformance in the market, Mahony said.

Allianz SE said future earnings could be hit by current investigations into its Structured Alpha funds that have been linked to investor losses during the coronavirus-related market downturn early last year.

Dialight PLC on Monday reported a swing to pretax profit for the first half of the year on higher total orders and revenue.

U.K. SPAC PLC said Monday it has entered into a binding sale-and-purchase agreement with the shareholders of Hellenic Dynamics SA--a medical cannabis cultivation business--in relation to the acquisition of 100% of its issued share capital for a consideration of 45.2 million pounds ($62.8 million).

NAC Kazatomprom JSC reported that its uranium production, sales and realized prices rose in the second quarter from a year earlier, and reaffirmed 2021 guidance.

The U.K. Competition and Markets Authority said Monday that it is considering whether Auction Technology Group PLC's $525 million acquisition of LiveAuctioneers Worldwide Inc. raises competition issues and has invited interested parties to offer comment ahead of a formal probe.

XP Power Ltd. reported on Monday a rise in pretax profit and revenue for the first half of the year, and said the board expects to post full-year performance above market expectations.

Shares in UK Oil & Gas PLC dropped Monday after the company warned of an unforeseen delay at the Basur-3 appraisal well in Turkey, which is operated by Aladdin Middle East.

Shares in Tertiary Minerals PLC jumped Monday after it entered into an option agreement with Mwashia Resources Ltd. to acquire up to a 90% interest in five copper exploration licenses in Zambia.

88 Energy Ltd. said Monday that Nonexecutive Chairman Michael Evans is retiring with immediate effect after seven years in the role, and will be replaced by Philip Byrne.

Shares in Meggitt PLC rose on Monday after the company said that it has agreed to a 6.3 billion pounds ($8.76 billion) takeover by Parker Hannifin Corp., a deal that is expected to double the size of Parker's Aerospace Systems segment.

0937 GMT - Shares in Senior rise 6.2% after the company reported first-half results ahead of management expectations. The group reported a modest pretax profit in the period, which is no mean feat given the challenges faced, Jefferies says. Cash flow was also healthy, and the engineering group now enjoys a much improved balance sheet, Jefferies adds. As a result, the bank makes positive revisions to its 2021-23 earnings forecasts for Senior, significantly reduces debt projections for the same three years and raises the target price to 200 pence from 130 pence with a buy rating on the stock. "Senior is making encouraging progress, and while we recognize the near-term challenges will need to be carefully navigated, we share mgmt's confidence in the group's recovery potential."

0921 GMT - U.K. manufacturers reported solid growth in July but shortages of raw materials, transport and staff are stifling many businesses, IHS Markit says in its purchasing managers survey compiled with CIPS. The recent surge in global manufacturing growth led to supply chain delays, exacerbated by factories and their customers building up safety stocks, Markit's Rob Dobson says. "Some firms also noted that post-Brexit issues were still a constraint on efforts to rebuild sales and manage supply and distribution channels to the EU." The U.K. manufacturing PMI fell to 60.4 in July from 63.9 in June, although a level above 50 signals growth, Markit/CIPS confirmed. GBP/USD falls to 1.3911 from 1.3928 before the data and EUR/GBP rises to 0.8543 from 0.8535.

0917 GMT - Shares in HSBC Holdings edge 0.7% higher as the global bank reported higher second-quarter net profit after reducing money set aside for bad loans caused by the economic fallout from the coronavirus pandemic. Headline numbers topped expectations on the lower provisions, though pre-provision profit fell 4% short of consensus expectations due to heavier costs and softer non-interest income, Barclays says. "Overall, we expect the shares to be soft today given the slight earnings/dividends miss, albeit recent under-performance should provide some support," Barclays analysts say.

0909 GMT - The U.K. manufacturing upturn lost some traction in July as stretched supply chains and staff shortages weighed on growth, according to data from IHS Markit. The manufacturing PMI stood at 60.4 in July, signaling strong expansion levels but down from 63.9 in June. "Manufacturing in July was unable to maintain the pace of output growth seen earlier this year following the reopening of the U.K. economy, as supply gridlock resulted in a moderate deceleration in the rates of expansion of production, new orders and job creation," Duncan Brock, group director at the Chartered Institute of Procurement & Supply, says. Price pressures continued to grow, with input costs rising at almost the highest pace since the PMI survey began and companies passing on high prices to consumers.

0909 GMT - Totally's contract win and contract extensions, as well as positive demand trends for its Insourcing division, offer encouragement with regard to achieving Canaccord Genuity's pretax profit expectations of GBP2.7 million for fiscal 2022, the Canadian investment bank says. The healthcare services provider's buy and build strategy has, through targeted acquisitions, created a nationwide platform for growth which provides attractive opportunities to further develop its contract portfolio across its three divisions, Canaccord says. "As the company continues to build scale through contract wins, extensions and potentially acquisitions, we expect bottom-line growth to significantly exceed revenue growth in the coming years," the bank says. Canaccord rates the stock buy with a 60-pence target price.

0846 GMT - SSE's disposal of its remaining 33% shareholding in U.K. gas distribution company SGN for GBP1.23 billion is marginally light compared to Citi expectations, the bank's analyst Jenny Ping says. On an enterprise value basis, the transaction's price is 2% lower than Citi's GBP2.76 billion valuation, Ping says. In addition, the deal came earlier than expected, the analyst says. "We are surprised on the timing of the announcement, given the pending CMA review on the allowed [Weighted Average Cost of Capital]. We are also surprised there does not appear to be any built in adjustment to the disposal price should CMA review yield a higher WACC." Shares in the energy company rise 1.1%.

0843 GMT - SSE has agreed to sell its 33.3% stake in SGN for GBP1.23 billion in cash, with total proceeds around 10% above Jefferies's expectations, the bank's analyst Ahmed Farman says. The timing of closing is in line with Jefferies's previous assumptions. Shares in the energy company rise 1.2%. SSE has suggested the November update on its capital investment plans could include an increase in capex, which would put additional pressure on the balance sheet and might require further disposals, Farman says. Jefferies has a hold rating on the stock. 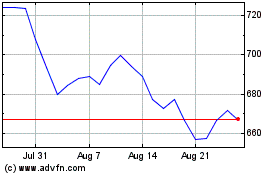 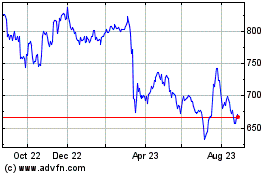 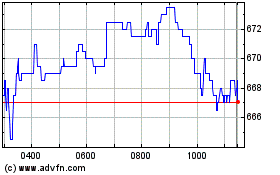