The Switzerland-based, London-listed company said it had tapped Gary Nagle, a senior deputy who currently runs the company's coal industrial assets, as his successor.

Two years ago, he started to lay out a timeline for when he might stand down, and more recently said it was getting close to time for him and his senior leadership team to step aside for the next generation of managers.

Mr. Nagle, currently based in Australia, plans to move to Switzerland in the new year to work on the transition to new leadership, Glencore said. He was widely seen as one of the front-runners to succeed Mr. Glasenberg.

"It's time to hand over to the new generation and a younger leader," Mr. Glasenberg told investors Friday, adding that he would retain his major shareholding in Glencore. "Gary can take this company forward in the future," he said of 45-year-old Mr. Nagle. "I'm happy to have him being the custodian of my shareholding in the company."

The company became known as Glencore after Mr. Rich sold his stake in the early 1990s.

After being named CEO in 2002, he quickly gained a reputation for being one of the mining industry's most astute deal makers. When he took Glencore public, he became a billionaire on paper. Mr. Glasenberg still owns a 9.1% stake in Glencore worth about $3.8 billion, according to data provider FactSet.

In recent years, Glencore has come under heavy scrutiny from U.S. authorities. It said in July 2018 that it had received a subpoena from the U.S. Justice Department, demanding records related to its compliance with American antibribery and money-laundering laws in Congo, Nigeria and Venezuela.

Shares in Glencore rose more than 3% Friday. The announcement of Mr. Glasenberg's retirement came on a day when the company also said it planned to reduce its emissions to net zero by 2050. 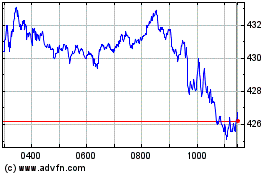