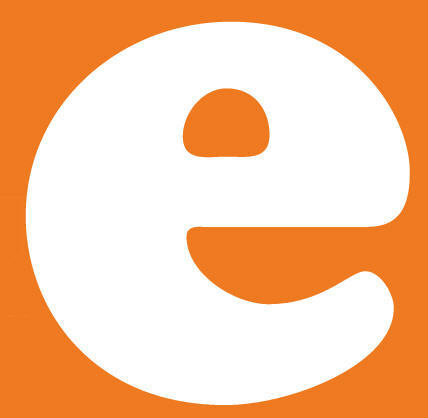 The FTSE 100 closed up 0.2% on Thursday as investors speculated that the U.K.'s traffic light system for managing the coronavirus pandemic might be scrapped. British Airways-owner International Consolidated Airlines, easyJet PLC and Wizz Air Holdings PLC were among London's top performers in the session, with the October half-term set to provide the travel sector its next big opportunity, AJ Bell's financial analyst Danni Hewson says. Meanwhile, supply shortages have had varying implications for certain companies. In particular, while Drax Group PLC made gains on soaring energy prices, shares in Marks & Spencer Group PLC fell on difficulties in getting products onto shelves in France, which has prompted the retailer to close 11 of their stores there, Ms. Hewson said.

Shares in Chamberlin PLC rose Thursday morning after the castings and engineering group said that it expects to return to profitability in the second half of the fiscal year.

Ecotricity Group Ltd. said Thursday its offer for Good Energy Group PLC has been accepted by shareholders representing a 2.1% stake in the capital of the renewable-energy retailer.

Hilton Food Group PLC on Thursday reported a decline in pretax profit for the first half of fiscal 2022 and said that its growth prospects remain strong.

Gemfields Group Ltd. said Thursday that it expects to report a net profit of $23.8 million for the first half of the year.

Symphony Environmental Technologies PLC said on Thursday that it swung to a pretax loss after booking higher costs for the first half, and that the board was confident about delivering meaningful revenue growth in the short to medium term.

Oxford Nanopore Technologies Ltd. said Thursday that it intends to raise around 300 million pounds ($415.3 million) at its initial public offering in London, half of which will be provided by Texas-based software provider Oracle Corp.

Regional REIT Ltd. said Thursday that it swung to a pretax profit for the first half, and that the U.K.'s economic activity rebound stemming from an easing of the pandemic's restrictions bodes well for the rest of the year.

Marley Group Ltd. said Thursday that it is considering listing on the main market of the London Stock Exchange.

Novacyt SA said Thursday that its revenue for the first half of the year will be lower than originally announced as a result of its dispute with the U.K. Department of Health and Social Care over a supply contract, and that it will also book higher costs.

John Lewis Partnership PLC narrowed its first-half loss as sales grew and it cut costs, but said its full-year outlook was uncertain on supply-chain and cost pressures.

The U.K. Competition and Markets Authority said Thursday that it will launch an in-depth investigation into Sony Group Corp.'s acquisition of music distributor AWAL.

Citigroup Inc. said Thursday that it has hired Yoven Moorooven to its commodities team to fill the newly created role of global head of new business ventures.

1237 GMT - The yield on U.K. benchmark two-year government bonds trades at the highest level since the pandemic broke out in mid-February 2020, Tradeweb data shows, as expectations of higher interest rates surged. The jump in interest rate expectations drove shorted-dated gilts yields "too high," says HSBC. Sterling Overnight Index Average(Sonia) one-month forwards are more than 100% priced for a 15 basis-point rate rise to 25 bps in May 2022, and imply near-certainty about a further 25 bp rise back to 50 bps by the end of next year, he says. However, "even the most hawkish Monetary Policy Committee member Michael Saunders does not seem to think much tightening will be needed," he adds.The two-year gilt yield trades last at 0.279%, more than a 1.5-year high, according to Tradeweb.

HSBC Falls Out of Love with Investment-Grade Corporate Bonds

1206 GMT - Investment-grade corporate bonds are one of HSBC's least preferred asset classes at the moment, says multi-asset strategist Max Kettner. The U.K.-based bank retains a preference for growth/quality in equities, with an overweight--or larger than the benchmark it tracks-- position in U.S. equities and has closed a longstanding underweight position in Japan equities on the rising likelihood of renewed fiscal stimulus, he says. "We fund this by moving IG credit from overweight to underweight, as it's one of the least preferred asset classes on our valuation and momentum framework," he adds.

0803 ET - Ryanair says it baulked at a new Boeing 737 MAX order for now after the plane maker "raised prices," before gushing about the plane at its annual meeting. The low-cost giant already has 210 of the jets coming over the next five years, and said the performance of the first batch exceeded expectations and helped bump its five-year growth forecast to 50% from 33%, some 25M more passengers. Shares up more than 7%.

1201 GMT - Kier Group drops 1% to 124 pence after the construction and infrastructure-service company swung to a pretax profit in the year to June, but reported lower revenue. The results matched a trading update in July, Peel Hunt says. Cost inflation remains manageable and management has reiterated its medium-term financial aspirations. The brokerage, which has Kier as a corporate client, is keeping its pretax profit forecast for the year to June 2022 of GBP93.5 million, versus market consensus expectations of GBP96.6m, giving earnings per share of 16.5p. "We believe the shares remain materially under-valued," Peel analyst Andrew Nussey says. "We reiterate our buy recommendation and 200p target price."

1148 GMT - Sterling has edged higher since data on Wednesday showed a higher-than-expected U.K. inflation rate, the highest in nearly a decade, with EUR/GBP falling to a four-week low of 0.8508 on Thursday, according to FactSet. Any boost to the pound should be limited, however, as higher inflation should be temporary--with much of August's rise due to government support given to restaurants and hotels last year--while Brexit and Covid-19 continue to hamper the U.K. economy, says Commerzbank analyst Esther Reichelt. "GBP bulls cannot simply bank on a stronger-than-expected rise in inflation in their hope of an imminent monetary policy turn-around," she says, adding that Brexit and pandemic effects will continue to impact the economy over the coming months.

1136 GMT - Renewable infrastructure funds have only limited exposure to the recent sharp spike in power prices because they have hedging and fixing programs in place for their electricity-generation revenue, Jefferies says. Greencoat UK Wind is a notable exception, and the strength in prices will be reflected in its cash-flow generation as we enter the windier period, the bank says. However, an environment of high prices also increases political risks. In the U.K., the opposition Labour Party has called on the government to act to protect consumers and businesses, Jefferies notes. 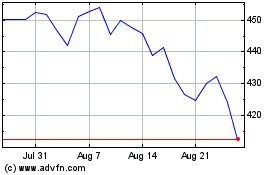 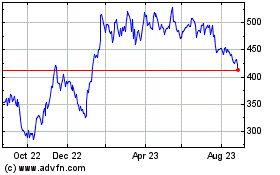 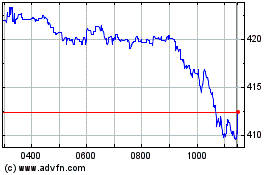