Leaving Las Vegas may not be heartbreaking for Sands.

Las Vegas Sands on Wednesday announced that it will sell its properties in Sin City for $6.25 billion. Private-equity giant Apollo Global Management will take over the operations, which include the Venetian Resort and its convention center, for $2.25 billion while real-estate investment trust VICI Properties will buy the real estate for $4 billion.

The deal isn't exactly a surprise since Sands has been in talks to sell them for months, but it comes at a historic time for the company: Its founder Sheldon Adelson, who started building the gambling empire in the 1980s after making his fortune from personal-computer trade shows, died in January.

Losing both its founder and where it all began may tug at the heartstrings, but Sands got a good price. The $6.25 billion represents 12.8 times 2019 earnings from the properties before interest, taxes, depreciation and amortization. And 2019 was an exceptionally good year. Bernstein says Sands' business in Las Vegas likely won't get back to that level until after 2023.

Sands has actually been an Asia-centric company for a long time already: Las Vegas only accounted for 9% of Sands' Ebitda in 2019. It makes sense to redeploy cash into its casinos in Macau and Singapore to serve the nouveau riche in the region. One potential risk of staking it all on Asia: Sands' casino license in Macau is set to expire in 2022. A new tender for the licenses may introduce more unfavorable terms or new entrants to the market. U.S.-China geopolitical tensions also represent a risk, though so far American operators in Macau haven't been affected.

Sands also mentioned potential opportunities in online casinos, sports betting or regional casinos in Texas and New York City. Mr. Adelson was notable for his objection to online gambling so his death may open the door for the company to go into this fast-growing business, but it would face strong competition. Caesars Entertainment is buying U.K. bookmaker William Hill. Another U.K. bookmaker, Entain, rejected a bid from MGM Resorts, though the two already have an online-gambling joint venture.

It's no sure thing that Sands would find success in those new markets, but one thing is more certain: The company will probably return at least some of the proceeds to shareholders. Sands suspended dividends last year as Covid-19 hit, and the new cash would allow the company to resume payouts sooner.

Sands without Las Vegas looks like a smart move for the company and could pay off in the near term for investors--even if it doesn't have quite the same ring. 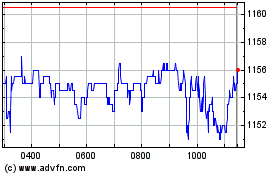