The agreement between the battery makers will see SKI pay roughly $1.8 billion dollars and additional royalties, the companies said.

"We have decided to settle and to compete in an amicable way, all for the future of the U.S. and South Korean electric-vehicle battery industries," said Jun Kim, chief executive of SKI, and Jong Hyun Kim, chief of LG Chem's battery division, in a statement.

The fate of the Georgia factory has major implications for Ford and VW, which are counting on the new assembly complex to build batteries for electric models such as Ford's F-150 pickup truck and VW's ID.4 crossover. It is also important to the state, which swung in favor of Mr. Biden in the last election and gave Democrats control of the Senate.

SKI has said the plant under construction will create 2,600 new jobs, and Gov. Brian Kemp has described the factory project as one of the largest job-creation investments in the state's history.

Auto makers have given priority to securing a steady supply of the batteries necessary for mass-producing electric vehicles. Locating battery factories in the U.S. is a priority both for auto makers, for whom shipping heavy batteries between continents is expensive, and for the administration, which has said it sees them as necessary for creating jobs and remaining globally competitive.

The legal battle between the two Korean battery-making giants began in 2019 when LG Chem filed a complaint with the trade commission, accusing SKI of stealing its trade secrets. Last year, an administrative judge ruled in LG Chem's favor after finding SKI had destroyed evidence relating to the case. SKI admitted in ITC filings that some documents had been destroyed but denied it had stolen trade secrets.

The ITC is an independent government agency that adjudicates trade and intellectual-property disputes.

The commission's decision in February to uphold the earlier ruling and sanction SKI started a 60-day period in which the Biden administration could reverse the decision, based on the consumer impact and competitive landscape. That decision was to be made by U.S. Trade Rep. Katherine Tai, according to people familiar with the matter. Ms. Tai was deeply involved in the settlement talks, the people said.

Representatives with both LG and SKI met with administration officials within the past few months to present their views regarding the decision, The Wall Street Journal reported. Each company has said they plan billions of dollars in additional investment to bolster the U.S. supply base for electric-car batteries.

The commission gave SKI some flexibility to meet its existing auto-industry contracts, allowing it to supply Ford and VW for a limited time until those auto makers can find new suppliers.

But SKI has said that such leeway wasn't enough to make the Georgia factory complex economically viable.

The company had said it would potentially stop construction on the site northeast of Atlanta in Commerce, Ga., were the import ban to come into effect.

The battery maker told the administration in February it plans an additional $2.4 billion investment to expand the site and create a total of 6,000 jobs by 2025.

Meanwhile, LG Chem has also pitched the administration on its own plans to increase U.S. battery production. Through a battery-making venture with General Motors Co., LG Chem is building one plant in Ohio and is weighing the construction of a second factory in Tennessee, the Journal has reported. 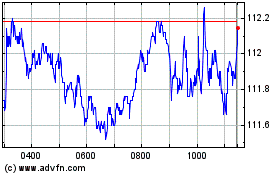