The Boston-based company filed a lawsuit in a U.S. court on Thursday, alleging Siemens Energy's U.S. unit improperly received confidential information in May 2019 and only alerted GE months later, according to media reports.

Siemens Energy said in a statement that it hasn't been served with the lawsuit yet and has learned of it through media reports.

The company added that it identified the use of competitive information through its own compliance processes and disclosed the findings of an internal investigation to the relevant parties. Siemens Energy also said it implemented measures in response, including the removal of the confidential information from all of its systems and the restriction of employees who received the information from working on similar bids or proposals.

Analysts at Citi say the potential amounts for lawsuits of this kind can be substantial but such cases could take years before reaching a conclusion.

"A very negative scenario of $1 billion in damages awarded would equate to a hit of around EUR1.1 a share to Siemens Energy, or around 3%, setting aside second-order effects," the bank says, adding this should be seen in the context of the over 50% increase in Siemens Energy's share price in the past three months. 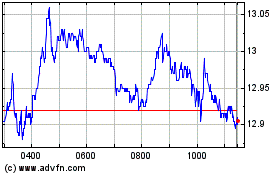