The German telecommunications company said it would combine its Dutch telecommunications tower business T-Mobile Infra BV with Cellnex's subsidiary Cellnex NL to create the largest independent cell mobile tower company in the Netherlands, with around 4,310 sites.

Deutsche Telekom will make a capital commitment of around EUR400 million to the fund, with Cellnex agreeing to commit EUR200 million.

The fund will have a 38% stake in the merged tower company, with Cellnex retaining 62%. 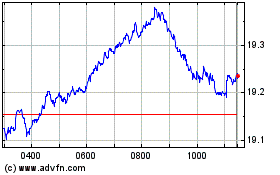