BERLIN -- Chemicals and pharmaceuticals giant Bayer AG is joining forces with Germany's CureVac NV to support the biotech firm in its development of a Covid-19 vaccine.

Under the deal, Bayer, best known for its aspirin, will support CureVac with expertise in drug development and infrastructure, including supporting clinical work, regulatory affairs and supply-chain management, the two companies said. The partnership is part of a now-familiar pattern in which big pharmaceutical companies have swooped in to help smaller players with promising Covid-19 vaccine candidates.

Pfizer Inc. and Germany's BioNTech SE co-developed the first Western-made vaccine to make it to market.

AstraZeneca PLC, meanwhile, teamed up with the University of Oxford on a vaccine now being rolled out in the U.K., India and other markets.

Such partnerships can allow smaller firms to move from development and testing to more complicated and expensive human trials necessary to gauge a vaccine's effectiveness and safety. Should a vaccine work, a big pharmaceutical company's deep pockets and expertise in manufacturing and distribution is crucial to rolling it out on a large scale.

A CureVac spokesman said production isn't part of the Bayer agreement but that Bayer is testing whether it can also support CureVac with manufacturing capacities.

Bayer, which is fighting a protracted legal battle in the U.S. over its Roundup herbicides, focuses its drug development mostly on cancer, women's health and cardiovascular diseases and is currently expanding its gene-therapy business. Vaccines, however, aren't a specialty.

CureVac, based in the southern German state of Baden-Württemberg, last month started a late-stage clinical trial of its Covid-19 vaccine candidate, called CVnCoV. It expects results by the end of the first quarter.

In March, the German government accused the Trump administration of trying to lure CureVac to the U.S.

The company uses the same gene-based technology used in the vaccine by Pfizer and BioNTech and one by Moderna Inc.

The CureVac effort's timeline is significantly behind those other vaccines. But soaring infection rates and a slow start to vaccination drives -- in part blamed on initially low supplies -- has underscored the continued need for new shots.

Franz-Werner Haas, chief executive of CureVac, said Bayer's expertise and infrastructure will help make its vaccine "even more rapidly available to as many people as possible."

Financial terms of the deal with Bayer weren't disclosed. CureVac will distribute and sell the vaccine in Europe, if approved, but Bayer will have options to market the shot elsewhere. 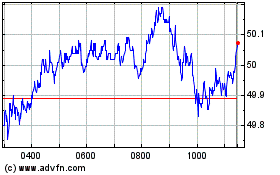