Traton SE said Friday that its revenue and adjusted operating profit in 2020 were lower than a year earlier, according to preliminary figures.

Adjusted operating profit came in at around EUR135 million, compared with EUR1.87 billion a year earlier.

However, the Volkswagen AG subsidiary said unit sales continued to recover in the last quarter of 2020, significantly exceeding sales in the third quarter significantly.

Traton plans to release full results for 2020 on March 22. 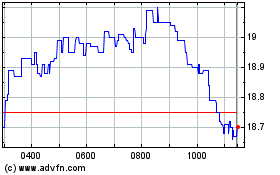