As filed with the Securities and Exchange Commission January 5, 2021

POST-EFFECTIVE AMENDMENT NO. 1 TO

(Jurisdiction of Incorporation or organization of Issuer)

(Address, including zip code, and telephone number of agent for service)

If a separate registration statement has been filed to register the deposited shares, check the following box. ¨

(2)Estimated solely for the purpose of calculating the registration fee. Pursuant to Rule 457(k), such estimate is computed on the basis of the maximum aggregate fees or charges to be imposed in connection with the issuance of such Receipts evidencing such American Depositary Shares.

Item 1. DESCRIPTION OF SECURITIES TO BE REGISTERED

(b)            Any other agreement, to which the Depositary is a party, relating to the issuance of the Depositary Shares registered hereby or custody of the deposited securities represented thereby. - None.

(d)            Opinion of counsel to the Depositary as to the legality of the securities to be registered. Previously filed.

(b)  If the amount of fees charged is not disclosed in the prospectus, the Depositary undertakes to prepare a separate document stating the amount of any fee charged and describing the service for which it is charged and to deliver promptly a copy of such fee schedule without charge to anyone upon request. The Depositary undertakes to notify each registered holder of a Receipt thirty days before any change in the fee schedule.

Pursuant to the requirements of the Securities Act of 1933, as amended, Deutsche Bank Trust Company Americas, on behalf of the legal entity created by the agreement for the issuance of American Depositary Shares, certifies that it has reasonable grounds to believe that all of the requirements for filing on Form F-6 are met and has duly caused this Registration Statement to be signed on its behalf by the undersigned, thereunto duly authorized, in the City of New York, State of New York, as of January 4, 2021. 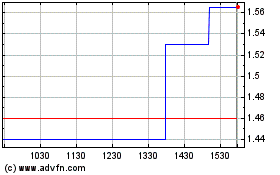