French media giant Vivendi SE and Italian broadcaster Mediaset SpA have been feuding since 2016, when Vivendi backed out of a deal to acquire Mediaset's pay-TV unit Mediaset Premium, prompting a series of legal battles.

The latest twist in the saga came on Monday, when a Milan court ordered Vivendi to pay Mediaset around 1.7 million euros ($2 million) in compensation. Mediaset plans to appeal for more.

Vivendi has been ramping up its stake in Mediaset since November 2016, reaching the 28.8% stake it currently owns by the end of December 2016.

Mediaset--controlled by the family of former Italian Prime Minister Silvio Berlusconi--considers the stake build-up a hostile move by Vivendi and has been seeking to overturn it.

However, Vivendi opposed the plan, saying it disregarded basic shareholders' rights. This triggered a long-running legal battle across several jurisdictions in the European Union, causing Mediaset to shelve and reassess its plans.

April 2016: The two companies entered into a binding agreement for Vivendi to acquire Mediaset's pay-TV unit Mediaset Premium, with both agreeing to take a 3.5% stake in each other's share capital.

Vivendi then proposed an alternative structure to buy a 20% stake in Mediaset Premium and 3.5% in Mediaset in exchange for a 3.5% stake in Vivendi. Convertible bonds would also be issued by Mediaset to Vivendi in instalments for the remaining amount, Vivendi said at the time.

Mediaset said Vivendi's new position came "out of the blue," and was "in clear contradiction with the commitments made by Vivendi in the contract signed" in April 2016. Mediaset said it would adopt all necessary measures to ensure the respect for the original contract terms, including legal action.

August 2016: Mediaset filed a suit with a court in Milan "aimed at ensuring the mandatory respect of the contract with judicial backing and the payment of damages sustained to date by Mediaset."

Mediaset's majority shareholder Fininvest SpA, the holding company controlled by the family of Mr. Berlusconi, filed a summons claiming at least EUR570 million in damages, citing a decrease in the value of Mediaset shares since the deal collapsed. At the first hearing, the judge urged the companies to try and reach an amicable resolution. Mediation proceedings started before the Chamber of National and International Arbitration of Milan in May 2017.

December 2016: Vivendi started building up a stake in Mediaset in November 2016, crossing the 3% threshold in early December, and reaching 28.8% by the end of December 2016.

April 2017: The Italian communication authority, Agcom, ruled that Vivendi's stakes in Mediaset and Telecom Italia SpA were in breach of the "Gasparri" law, which concerns the protection of media pluralism in Italy. Vivendi reserved the right to take legal action, including filing an appeal to a regional administrative court in Italy and submitting a complaint to the European Commission.

June 2018: Mediaset's board agreed that Simon Fiduciaria couldn't exercise its voting rights at its shareholders' meeting. The company said Vivendi couldn't exercise its rights for the shares owned by the asset trust since they were "acquired in violation" of commitments in the 2016 contract.

October 2018: Mediaset received a legal challenge from Simon Fiduciaria, which claimed the right to take part in shareholder meetings.

November 2018: A court in Milan rejected the legal challenge brought by Simon Fiduciaria, which said it would appeal. The appeal was rejected in January 2019.

December 2018: Mediaset and Fininvest pursued their claim for compensation for alleged damages of up to EUR720 million for Mediaset and EUR1.3 billion for Fininvest. Fininvest also sought damages for an amount to be determined by the court for damages to its decision-making process and reputation.

March 2019: Vivendi requested the suspension for part of the proceedings with Mediaset and Fininvest pending the ruling of the European Court of Justice on the compatibility of the Italian law on the protection of media pluralism due in September 2020.

June 2019: Mediaset confirmed its intention to create a pan-European television hub, MediaForEurope, to be based in the Netherlands, with its tax base in Italy and listed on the Italian and Spanish stock exchanges. The new vehicle was meant to control 100% of Mediaset and 100% of its Spanish subsidiary as well as a 9.6% stake in German broadcaster ProSiebenSat.1 Media SE which Mediaset had recently acquired.

August 2019: Vivendi filed a request with a Milan court to issue an order to preserve its right to attend Mediaset's extraordinary shareholders meeting on Sept. 4, 2019 and exercise its voting rights. The court confirmed Vivendi's right to attend and vote as a shareholder with a 9.9% stake, but prohibited Simon Fiduciaria's participation. Vivendi said it would vote against the proposed creation of MediaForEurope.

September 2019: Mediaset shareholders backed the proposed merger of Mediaset's Italian and Spanish operations to create MediaForEurope. Vivendi brought summary proceedings before the Madrid Commercial Court requesting the suspension of the resolution for the creation of MediaForEurope.

October 2019: Mediaset received notification of a preliminary injunction from Vivendi to block the creation of MediaForEurope as the French company argued the plan disregarded shareholders' rights and would only benefit Mediaset's largest shareholder, Fininvest. Mediaset filed an appeal for the Madrid court decision but the court dismissed this in February 2020.

January 2020: Mediaset shareholders backed amendments to the articles of association of MediaForEurope as well as terms and conditions for special voting shares to be issued for the planned merger. Vivendi said it "deplores today's irregular approval."

"The new plan has only gained approval because of the unlawful refusal to allow Simon Fiduciaria to vote, relying on an interpretation of the Italian media law which is contrary to the EU Treaty," Vivendi said. Vivendi launched proceedings in the Netherlands to stop the creation of MediaForEurope.

June 2020: A Milan court rejected appeals from Vivendi and Simon Fiduciaria against Mediaset's plan to create MediaForEurope. Judges found Vivendi acted not as a partner but as a competitor in opposing the project.

August 2020: Mediaset said it would evaluate alternative options to create a pan-European media holding company, after a Spanish court granted a request by Vivendi to suspend the original plan. The court's decision meant the plan as deliberated in June 2019 couldn't be completed as planned by Oct. 2, 2020.

September 2020: An Amsterdam court suspended the planned merger of Mediaset's Italian and Spanish operations to create MediaForEurope. Mediaset said it might consider new business opportunities in the telecommunications sector "if there were to be the possibility for convergence" for players in telecommunications and broadcasting.

Meanwhile, the European Court of Justice ruled that the "Gasparri" law restricting Vivendi's shareholding in Mediaset was contrary to EU law.

December 2020: Vivendi said: "Italian authorities have been seeking to circumvent the European Court of Justice judgment through the enactment of an emergency measure that is supposed to introduce retroactively the new restrictions on Vivendi's shareholder rights."

Consequently, Vivendi lodged a complaint to the European Commission against the Italian law provision restricting its shareholder rights in Mediaset.

The announcement came after media reports about the conclusion of an investigation by Milan prosecutors alleging that Vivendi communicated incorrect information to the market and withheld information from Italian securities regulator Consob as it built up its Mediaset stake in 2016.

Vivendi said it acquired its stake in Mediaset in compliance with all applicable laws.

April 2021: A court in Milan ruled that Vivendi was in serious breach of contract over the 2016 Mediaset Premium deal, ordering the French company to pay Mediaset around EUR1.7 million in compensation, much lower than the multibillion-euro sum sought by Mediaset and Fininvest. Mediaset said it would appeal the quantification of damages. 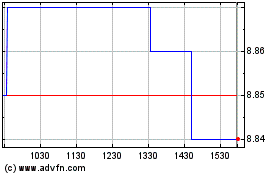