Blockchain technology is fueling a revolution in the way businesses operate and interact with customers. It now underlies the Internet of Things, artificial intelligence, cryptocurrency, augmented virtual and mixed reality, personalized medicine, and big data-driven analytics

The blockchain space is on track to run at an estimated CAGR of 79.6 percent through 2022, reaching nearly $7.7 billion, according to global research firm MarketsandMarkets (http://nnw.fm/cOb0G). Tech giant Google and banking giant Goldman Sachs are two of the most active corporate investors in blockchain companies today (http://nnw.fm/6TdCE) and over $2.1 billion in publicly disclosed venture capital (http://nnw.fm/o1sUb) has thus far been pumped into everything from wallet and exchange companies to financial service and asset management companies ($557.65 million in 2017 alone).

Total cryptocurrency market capitalization, which hit a high of around $850 billion in January of 2018, is currently around $700 billion (http://nnw.fm/SCpr8). Initial Coin Offerings (ICOs), which are powered by blockchain technology, are now outpacing traditional equity funding when it comes to ramping blockchain start-ups. There were 235 ICOs in 2017 representing around $3.7 billion (http://nnw.fm/s0brW) across categories like infrastructure, trading and investing, finance, payments, data storage, drugs and healthcare, gaming, betting, commerce, advertising and identity/reputation.

The Race is on to Discover the Most Influential Blockchain Startups

Many venture capital firms and investment groups have recently keyed in on investing and acquiring innovative and out-of-the-box blockchain startups, that seek to push the boundaries of the technology and where it can reach.

For example, Victory Square Technologies, Inc. (CSE:VST) (OTC:VSQTF) (FWB:6F6) recently announced that they have tapped blockchain-based applications platform Bluzelle’s CEO, Pavel Bains, as a strategic adviser. This is a logical move for an innovation breeder like Victory Square (http://nnw.fm/lsBg2). Bluzelle was recently awarded technology pioneer status by the World Economic Forum (http://nnw.fm/QnR1L) due to the strength of its one-two-punch PaaS (Platform as a Service) and DaaS (Data as a Service) approach, which has landed Bluzelle’s enterprise-grade blockchain architecture in the hands of industry leaders such as Microsoft, KPMG, HSBC, Zagbank, and Temenos.

In addition, Victory Square has been invited to participate in Bluzelle’s early contributor round token sale (BLZ) to the tune of $500,000 and will receive 25 percent more tokens as a bonus for such participation, making them an early mover in the ICO space.

Victory Square was recently admitted to the highly influential Blockchain Investors Consortium (BIC) founded by ICO maven Mike Costache (http://nnw.fm/FInq7). The BIC endeavors to share due diligence and provide co-investment opportunities in the most promising blockchain ventures, and currently has over 120 members (individuals and crypto hedge funds) with $5 billion in digital assets under management. This Consortium puts Victory Square at the forefront of various blockchain opportunities and gave them the opportunity to participate in that the closed early contributors round for the Bluzelle ICO.

Costache was “extremely excited” to admit Victory Square to the prestigious BIC organization and was keen to note the company’s “proven track-record of incubating and investing in successful platforms.” Victory Square has subsequently partnered with BIC (http://nnw.fm/z7ufY) to offer a $2 million investment prize pool to the top three blockchain companies at each of the upcoming d10e decentralization conferences to be held this year. This investment prize pool exemplifies Victory Square’s main goal to invest and contribute to the latest advancements within the blockchain technology space.

This week, Victory Square will present alongside its portfolio companies at this year’s North American Bitcoin Conference held in Miami, FL on Jan 18-19. These initiatives are all part of Victory Square’s ongoing strategy of finding and partnering with innovative blockchain startups.

Another recent move, which exemplifies the company’s mission to invest in up-and-coming game-changers, was the LOI signed in late December (http://nnw.fm/a8OkM) to acquire a 20 percent stake in SD-WAN (software-defined wide area networking) outfit Multapplied Networks Incorporated (http://nnw.fm/f2K21). Multapplied Networks’ proprietary software is being used to create a global decentralized Internet and there is a great deal of overlap here for Victory Square’s increasingly diverse array of portfolio companies.

Victory Square has positioned itself to grow alongside the blockchain sector, as it has invested in the formation of a personalized health venture arm (http://nnw.fm/fOV1D), the acquisition of a 33 percent stake in diabetes test kit developer Personalized Biomarkers, Inc. (http://nnw.fm/LiL2n), and a partnership with Immersive Sports Technologies to launch a virtual reality arcade prototype in downtown Vancouver (http://nnw.fm/65hA8) as the virtual, augmented and mixed reality sector anticipates growth of more than $108 billion by 2021 (http://nnw.fm/Dwo34).

This is a key area of growth for the company, especially considering the ongoing development of a new social sports betting platform built utilizing blockchain technology (http://nnw.fm/q3Qqw), currently being pursued by the company’s wholly owned subsidiary, FansUnite Media Inc. The sports betting market could hit upwards of $6 billion a year by 2023, according to some estimates, which puts Victory Square in the front-running for potential growth within this industry. (http://nnw.fm/Jck01).

A huge focal point for blockchain-oriented companies in 2017 was the proliferation of Initial Coin Offerings (ICOs), which are powered by blockchain technology. Victory Square is rapidly gaining ground in the cryptocurrency and ICO space, and recently contributed $150,000 to the Gibraltar Blockchain Exchange’s rock token, which has already sold $21 million in its pre-sale (http://nnw.fm/U0wZY). GBX plans to use those funds to develop the world’s first licensed and regulated token sale platform. This development will add a level of legitimacy that the ICO industry badly need to attract mainstream investors who remain skeptical of ICOs.

HIVE Blockchain Technologies Ltd. (OTC: PRELF) is the first publicly listed blockchain company focused on infrastructure that bridges the gap between crypto and the traditional capital markets. A crypto miner with a state-of-the-art GPU-based mining facility in a low-energy cost jurisdiction of Iceland, HIVE provides industrial scale capacity in partnership with the world’s leading cryptocurrency mining hashpower provider, Genesis Mining, and has become a major player in the Ethereum crypto market.

Marathon Patent Group (NASDAQ: MARA) is an IP licensing and commercialization company that draws on a wide variety of sources, ranging from small and large companies, to universities. Marathon announced a definitive agreement in early November 2017 (http://nnw.fm/lvUJ7) to acquire 100 percent of digital asset technology outfit and crypto miner, Global Bit Ventures Inc., making it one of the first NASDAQ-listed companies to enter the space.

Bitcoin Investment Trust (OTC: GBTC) is the BTC-focused investment trust run by one of the investment community's most trusted authorities on digital currency investing, Grayscale Investments, which was established in 2013 by the Digital Currency Group (http://nnw.fm/9okI8). The first publicly quoted security solely invested in BTC, Bitcoin Investment Trust allows investors to obtain direct exposure to price action in bitcoin, without the hassle or risk of actually managing cryptocurrency.

On Track Innovations Ltd. (NASDAQ: OTIV) is one of the leading innovators in developing secure cashless payment solutions for applications ranging from automated-retail, vending, self-service and self-checkout, to IoT and wearables. OTI’s payment readers and terminals support protocols from NFC (near-field communications) and Contact EMV chips, to wearable payment solutions.

Blockchain will likely reshape the world of payments, internet banking and financial transactions in the near future. With its seemingly limitless range of potential applications, it’s likely inevitable that blockchain technology will have a tremendous impact on a wide variety of business and technology sectors. 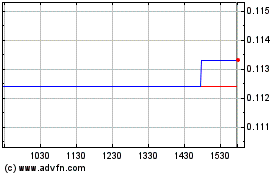