On January 6, 2021, a committee of the Board of Directors approved the second amendment to the Restricted Stock Unit Agreement between the Company and its former Chief Executive Officer and current Chairman of the Board, Douglas Beplate in conjunction with Mr. Beplate’s retirement from his day-to-day management role with the Company. The amendment accelerated the vesting and immediately settled his remaining Restricted Stock Units (“RSUs”) in a total of 28.3 million restricted shares. Further, as a bonus in recognition of Mr. Beplate’s eight years of service to the Company and its shareholders, including his leadership in the successful recruitment of new executive management to drive shareholder value going forward, the Company has agreed to issue to Mr. Beplate an additional 2 million restricted shares of common stock. As a result of the foregoing stock issuance, Mr. Beplate presently owns 35.8 million shares of the Company’s common stock, representing approximately 16.3% of the outstanding shares.

The above contains a brief description of the terms of the amendment to Mr. Beplate’s RSU Agreement and is qualified in its entirety by reference to the full text of that amendment, a copy of which is attached to this Current Report as Exhibit 10.1.

On January 6, 2021, the Company issued to various officers/director and other persons providing services to the Company, a total of 3.3 million shares of common stock, in settlement of the scheduled vesting of RSU’s that were originally issued in March 2019. Of the 3.3 million shares of common stock, 2 million shares were issued to Louis Schiliro, Chief Operating Officer/director, and 100,000 shares were issued to Kristofer Heaton, our Principal Financial Officer. (See Item 5.02 for further discussion about Mr. Heaton’s vested RSUs.)

All these shares were issued in private transactions, exempt from registration under Section 4(a)(2) of the Securities Act of 1933.

Item 5.01  Changes in Control of Registrant

On January 6, 2021, an aggregate of 30.73 million shares of common stock were issued to Douglas Beplate bringing his total ownership in the Company to 35.8 million shares, representing approximately 16.3% of the outstanding shares. For additional information regarding this transaction, see Item 3.02 above.

In December 2020, the Company entered into an “at will” professional services agreement with Kristofer Heaton, whereby Mr. Heaton agreed to serve as Vice President of Finance and act as principal financial officer of the Company. Mr. Heaton shall receive a monthly fee of $7,500 until May 1, 2021 at which time the fee shall increase to $12,500 a month. On December 31, 2020, in connection with entering into the professional services agreement, Mr. Heaton was awarded RSUs for up to 1000,000 shares; 500,000 of which were granted on the award date and 500,000 of which will be granted on May 15, 2021 provided his professional services agreement is in effect on that date. The RSUs, subject to certain conditions, shall vest upon the achievement of certain Company objectives and milestones. Prior to Mr. Heaton becoming an officer of the Company, Mr. Heaton was granted RSU’s, for up to 500,000 shares, including 15%, of which vested in July 2020, 20% of which vested in January 2021, 15% of which vest upon receipt of FDA approval, and the balance of which vest upon obtaining certain Company objectives and milestones.

The above is a brief description of the terms of Mr. Heaton’s professional services agreement and RSU agreements and is qualified in its entirety by reference to the full text of those agreements, copies of which are attached to this Current Report as Exhibits 10.2 and 10.3.

The following exhibit is filed with this Form 8-K. 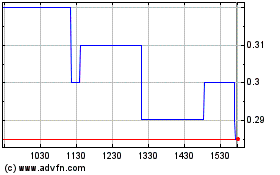