UniCredit SpA's new chief executive Andrea Orcel wants to transition the bank from a period of restructuring to one of growth, which may entail M&A activity.

"As we look to the future, it will take time to re-energise and strengthen the business, moving from a period of active retrenchment to one defined by disciplined profitable growth and healthy organic capital generation," Mr. Orcel said Thursday.

Key elements of the new strategy--which will be preented in the second half of the year--will be a focus on clients, technology and a reduction of complexity, he added in a call with analysts.

"M&A is not a purpose in itself but I do see it as an accelerator and improver of our strategic outlook," he said, adding that any deals would have to be in the interest of shareholders and make sense financially and strategically.

The Italian bank can count on a solid capital position, with the core tier 1 ratio at 15.9% in March. It started the year with a strong performance, with first-quarter results well above analysts' expectations thanks to strong trading and falling provisions, which offset a decline in net interest income.

Net profit for the period was 887 million euros ($1.06 billion). This compares with a loss of EUR2.71 billion a year earlier, when results were dragged by soaring bad-loan provisions, and analysts' expectations of EUR413 million.

Revenue rose 7.1% to EUR4.69 billion, also above expectations of EUR4.28 billion. Trading income rose to EUR639 million from EUR173 million. This, coupled with a 4.3% increase in fees, offset a nearly 13% decline in net interest income.

Looking at the year ahead, the bank expects underlying net profit in line with previous guidance of more than EUR3 billion. Costs should be around the levels seen in 2019, which were roughly EUR9.9 billion. However, it cut the revenue outlook, now seen at about EUR17.2 billion for the year, having previously guided for about EUR17.7 billion.

The results boosted the stock, with shares rising 5.4% in European morning trade.

The bank "reported a stronger than expected set of results, vs both us and consensus," Barclays said. It noted, among the key elements, provisioning, asset quality and expanding capital buffers.

Under previous CEO Jean Pierre Mustier, the bank underwent a deep overhaul, in which time it cut costs, disposed of bad loans worth billions of euros and sold assets. 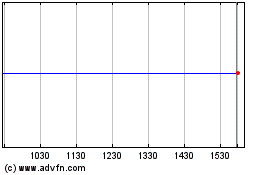