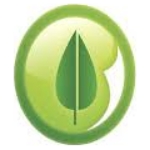 On July 1, 2021, Unrivaled Brands, Inc. (formerly known as Terra Tech Corp.) (the “Company”) entered into a Membership Interest Purchase Agreement (the “Purchase Agreement”) with Nicholas Kovacevich and Dallas Imbimbo, pursuant to which the Company acquired 100% of the outstanding membership interests in Halladay Holding, LLC from Mr. Kovacevich and Mr. Imbimbo (the “Acquisition”).  Halladay Holding, LLC is the owner of real property located at 3242 S. Halladay Street, Santa Ana, CA 92705 (the “Property”), where the Company operates a cannabis dispensary and maintains its principal office space.

Mr. Kovacevich is the Chairman of the Company’s Board of Directors and Mr. Imbimbo is a director of the Company.  As such, the Acquisition is a related party transaction.

Pursuant to the Indemnification Agreements, among other things, the Company agreed to hold harmless and indemnify each of Mssrs. Imbimbo and Baum to the fullest extent permitted by law, including indemnification of expenses such as attorneys’ fees, judgments, penalties, fines and settlement amounts incurred by Mssrs. Imbimbo and Baum in any proceeding arising out of their services as directors.

There is no material relationship between the Company or its affiliates and Mr. Imbimbo, other than in respect of the transactions contemplated by the Purchase Agreement, the Director Agreement and the Indemnification Agreement.

There is no material relationship between the Company or its affiliates and Mr. Baum, other than in respect of the transactions contemplated by the Director Agreement and the Indemnification Agreement.

The foregoing descriptions of the Director Agreements and the Indemnification Agreements are qualified in their entirety by reference to the full text of such documents, copies of which are filed as Exhibits 10.1, 10.2, 10.3 and 10.4, respectively, to this Current Report on Form 8-K and which are incorporated by reference herein in their entirety.

As previously disclosed, on March 2, 2021, the Company entered into an Agreement and Plan of Merger (the “Merger Agreement”) with UMBRLA, Inc., a Nevada corporation (“UMBRLA”), a diversified cannabis company with distribution, manufacturing and dispensary operations, Phoenix Merger Sub Corp., a Nevada corporation and wholly owned subsidiary of the Company (“Merger Sub”), and Dallas Imbimbo, as the stockholder representative for the UMBRLA stockholders. Upon the terms and subject to the satisfaction of the conditions described in the Merger Agreement, Merger Sub would be merged with and into UMBRLA (the “Merger”), with UMBRLA surviving the Merger as a wholly owned subsidiary of the Company. The Merger is intended to qualify as a tax-free reorganization for U.S. federal income tax purposes.

On July 1, 2021, the Merger was completed. Pursuant to Articles of Merger (the “Articles of Merger”) filed by the Company with the Nevada Secretary of State, which became effective upon filing on July 1, 2021 (the “Effective Time”), Merger Sub was merged with and into UMBRLA. As a result of the Merger, UMBRLA became a wholly owned subsidiary of the Company. At the Effective Time, each share of UMBRLA common stock outstanding was converted into the right to receive 1.5386 shares of the Company’s common stock (the “Merger Consideration”). Accordingly, as of the Effective Time, the Company reserved 215,197,455 shares of common stock for issuance pursuant to the Merger Agreement in reliance on an exemption from registration under Regulation D promulgated under Section 4(a)(2) of the Securities Act of 1933, as amended.

As described in Item 5.03 below, following the Merger, the Company changed its name from “Terra Tech Corp.” to “Unrivaled Brands, Inc.”

The foregoing description of the Merger is qualified in its entirety by reference to the Articles of Merger, which are attached hereto as Exhibit 3.1, and the Agreement and Plan of Merger, included as Exhibit 2.1 to the Current Report on Form 8-K filed by the Company on March 3, 2021, each of which is incorporated herein by reference.

The information set forth in Item 2.01 above relating to the Merger Consideration is incorporated herein by reference.

Effective as of the Effective Time, the size of the Company’s Board of Directors was increased to five directors.

Upon the Effective Time, the designees of UMBRLA pursuant to the Merger Agreement, Dallas Imbimbo and Eric Baum, were appointed to fill the vacancies created by the resignation of Ira E. Ritter and the increase in the size of the Company’s Board of Directors described above.

Messrs. Imbimbo and Baum and Mr. Kovacevich, the Chairman of the Company’s Board of Directors, currently serve as directors of KushCo Holdings, Inc. (OTCQX: KSHB), which specializes in the sale of a wide variety of ancillary products and services to customers operating in the regulated medical and adult recreational cannabis and hemp-derived cannabidiol (CBD) industries. Mr. Kovacevich is also the Chairman and Chief Executive Officer of KushCo Holdings, Inc. The Company has engaged in, and in the future may from time to time engage in, ordinary course commercial transactions with KushCo Holdings, Inc. and pay or receive fees in connection with those transactions.

The information set forth in the section entitled “Agreements with Directors” in Item 1.01 above is incorporated herein by reference.

Item 5.03 Amendments to Articles of Incorporation or Bylaws; Change in Fiscal Year.

On July 8, 2021, the Company issued a press release announcing, among other things, the completion of the Merger. A copy of the press release is attached hereto as Exhibit 99.1 and is incorporated herein by reference.

Information provided in this Current Report on Form 8-K may contain statements relating to current expectations, estimates, forecasts and projections about future events that are “forward-looking statements” as defined in the Private Securities Litigation Reform Act of 1995. These forward-looking statements generally relate to the Company’s plans, objectives and expectations for future operations and are based upon management's current estimates and projections of future results or trends. Actual future results may differ materially from those projected as a result of certain risks and uncertainties. For a discussion of such risks and uncertainties, see "Risk Factors" as described in the Company’s Annual Report on Form 10-K filed with the Securities and Exchange Commission on March 30, 2021 and other reports on file with the Securities and Exchange Commission.

(a) Financial Statements of Businesses Acquired.

Any financial statements required by Item 9.01(a) will be filed by amendment as soon as practicable, but no later than 71 calendar days after the date on which this initial Current Report on Form 8-K was required to be filed.

Any pro forma financial information required by Item 9.01(b) will be filed by amendment as soon as practicable, but no later than 71 calendar days after the date on which this initial Current Report on Form 8-K was required to be filed.

* Certain schedules and exhibits to this agreement have been omitted pursuant to Item 601(a)(5) of Regulation S-K. A copy of any omitted schedule and/or exhibit will be furnished to the Securities and Exchange Commission upon request.

Pursuant to the requirements of the Securities Exchange Act of 1934, as amended, the registrant has caused this report to be signed on its behalf by the undersigned hereunto duly authorized.