Technology shares led U.S. stock futures higher ahead of a blockbuster week in earnings, with investors awaiting results from companies such as Apple, Tesla and Facebook.

Futures tied to the S&P 500 ticked up 0.3%, pointing to an extension of gains that saw the index close nearly 2% higher and notch a record Friday. Futures linked to the Nasdaq-100 advanced 1%, suggesting a rally in tech stocks after the opening bell.

More than one-fifth of the broad S&P 500 index and a third of Dow Jones Industrial Average components are scheduled to release earnings this week. Kleenex and Huggies maker Kimberly Clark is set to report Monday before the market opens. Starbucks, Verizon and Microsoft are slated for Tuesday. Other major tech firms are reporting later in the week, including Apple, Tesla and Facebook on Wednesday.

"The way that management will communicate their outlook will be key for markets," said Sophie Chardon, a cross-asset strategist at Lombard Odier. "Investors will have to weigh the possibility of vaccinations with the reality of new lockdowns" and the impact on each company.

The pandemic and months of stay-at-home orders have split the economy into companies that benefit and those that suffer. The biggest tech companies are largely seen as benefactors, as firms and households increase their use of digital technology as they operate remotely.

The spread of new coronavirus variants has prompted retightened lockdown measures around the world and more uncertainty around the timeline of a return to normal, which may translate to another boost in demand for tech.

In premarket trading, real-estate firm Tishman Speyer's special-purpose acquisition company TS Innovation Acquisitions soared over 100% after it said it would merge with Latch, a smart lock maker, to take the company public.

Also ahead of the opening bell, GameStop's stock surged over 40%, with more than a million shares changing hands. The videogame retailer has been at the center of a fight between bullish day traders communicating on the internet forum Reddit, and short sellers, who bet heavily against the stock. Hedge fund Melvin Capital is among those that lost money from this.

Overseas, the pan-continental Stoxx Europe 600 rose 0.1%. Travel stocks were among the worst performers. Politicians in the U.K. and France are contemplating tighter restrictions amid the spread of coronavirus mutations, according to analysts at RBC Capital Markets. British Airways owner International Consolidated Airlines tumbled 7.3%, Ryanair slipped 5.5% and Deutsche Lufthansa was down nearly 4%.

EDF slumped over 16% following reports that France and the European Union won't reach an agreement to restructure the French utility company in the near future.

Negotiations over President Joe Biden's plan for additional fiscal stimulus will be an area of focus for investors. His proposal for a $1.9 trillion spending package was discussed by lawmakers in a call Sunday and is likely to be worked on this week.

Sebastian Mackay, a multiasset fund manager at Invesco, thought a package could be passed in the next couple of weeks. For markets, "it's about the extent to which the Fed is still in play, while the fiscal stimulus is coming through," he said. 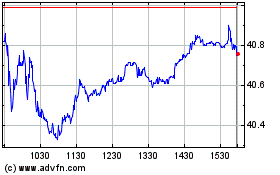