With Your Support, We Believe a Reconstituted and Improved Board Will Unlock Shareholder Value
and Allow Taronis Fuels, Inc. to Flourish in the Future
Fellow Taronis Fuels, Inc. Shareholders:
Thomas Wetherald and Tobias Welo (together, the “Concerned Shareholders”, “we”, “our” or “us”) and the other participants named in the attached Consent Statement beneficially own in the aggregate 1,113,332 shares of common stock, par value $0.000001 per share (the “Common Stock”), of Taronis Fuels, Inc., a Delaware corporation (“Taronis” or the “Company”), representing approximately 17.9% of the outstanding shares of Common Stock. For the reasons set forth in the attached Consent Statement, we believe significant changes to the composition of the Board of Directors of the Company (the “Board”) are necessary to address the continued destruction of shareholder value, financial mismanagement and poor corporate governance at Taronis and to ensure that the Company is being run in a manner consistent with your best interests. We are therefore seeking to reconstitute the Board by removing Scott Mahoney, Robert Dingess, Kevin Pollack, William Staunton, and Peter Molloy from the Board, and electing five highly-qualified nominees: Thomas Wetherald, Tobias Welo, Sergey Vasnetsov, Mary Pat Thompson and Andrew McCormick (the “Nominees”).
We believe Taronis shareholders deserve an independent and aligned Board that will look out for shareholders’ best interests and ensure the management accountability that we believe is lacking at Taronis today. We therefore feel compelled, on behalf of all shareholders, to take this extraordinary action to provide for a better future for all Taronis stakeholders and to immediately restore the confidence in the Board that shareholders deserve. Accordingly, we urge you to join us in seeking to remove all five current directors of Taronis, and to elect our five highly-qualified Nominees, who we believe have the experience and skillsets necessary to help drive value for Taronis shareholders.
We have identified these independent and highly-qualified Nominees with relevant experience and skillsets that we believe will better represent the interests of shareholders, will hold management accountable, and will help guide the Company towards a path to success. We believe a reconstituted Board will pursue financings that serves the best interest of shareholders, establish and adhere to best corporate governance practices and assure shareholders that the Board is operating with their best interests in mind. The shareholders of Taronis deserve a well-functioning Board that maintains a vested interest in the success of the Company. We believe our Nominees are fully committed to ensuring that the best interests of shareholders are properly prioritized. We are launching this consent solicitation because we believe that shareholders must act now to prevent the further destruction of value.
We urge you to carefully consider the information contained in the attached Consent Statement and then support our efforts by signing, dating and returning the enclosed WHITE consent card today. The attached Consent Statement and the enclosed WHITE consent card are first being furnished to the shareholders on or about March 5, 2021. We urge you not to sign any revocation of consent card that may be sent to you by Taronis. If you have done so, you may revoke that revocation of consent by delivering a later dated WHITE consent card to the Concerned Shareholders, in care of Saratoga Proxy Consulting, LLC, at the address listed below, or to the principal executive offices of Taronis.
If you have any questions, require assistance in executing your WHITE consent card,
or need additional copies of our consent materials,
please contact Saratoga at the phone numbers listed below.

(212) 257-1311
Stockholders may call toll-free: (888) 368-0379
Email: info@saratogaproxy.com
24
OTHER INFORMATION
We have omitted from this Consent Statement certain disclosure required by applicable law that is expected to be included in a definitive consent revocation statement filed by the Company relating to the Proposals described herein based on our reliance on rule 14a-5(c) under the Exchange Act. This disclosure is expected to include, among other things, current biographical information on the Company’s directors and executive officers, information concerning executive compensation and director compensation, information concerning the committees of the Board and other information concerning the Board, information concerning certain relationships and related party transactions, information about the Company’s independent registered public accounting firm, and other important information. Please see Schedule II for information regarding the ownership of securities of the Company by certain beneficial owners and Company management. Except as otherwise noted herein, the information in this Consent Statement concerning the Company has been taken from or is based upon documents and records on file with the Securities and Exchange Commission and other publicly available information. Although the Concerned Shareholders and other members of the Group do not have any knowledge indicating that any statement contained herein is untrue, we do not take responsibility, except to the extent imposed by law, for the accuracy or completeness of statements taken from public documents and records that were not prepared by or on behalf of the Group, or for any failure of the Company to disclose events that may affect the significance or accuracy of such information.
We urge you to carefully consider the information contained in the Consent Statement and then support our efforts by signing, dating and returning the enclosed WHITE consent card today.
Thank you for your support.
THOMAS WETHERALD
TOBIAS WELO
March 5, 2021
25
SCHEDULE I

PROPOSED AMENDMENT OF BYLAWS TO DECLASSIFY THE BOARD OF DIRECTORS
OF THE COMPANY
Article IV, Section 18 of the Amended and Restated Bylaws of Taronis Fuels, Inc. is hereby amended in its entirety by replacing such section with the following:
“Directors need not be stockholders unless so required by the Certificate of Incorporation or these Bylaws. The Certificate of Incorporation or these Bylaws may prescribe other qualifications for directors. Subject to the rights of the holders of any series of preferred stock to elect additional directors under specified circumstances, each director, including a director elected to fill a vacancy, shall be elected at each annual meeting of stockholders to serve until the next annual meeting of stockholders. Each director shall serve until such director’s successor is duly elected and qualified or until such director’s death, resignation or removal. No decrease in the number of directors constituting the Board of Directors shall shorten the term of any incumbent director. All elections of directors shall be by written ballot, unless otherwise provided in the Certificate of Incorporation. If authorized by the Board, such requirement of a written ballot shall be satisfied by a ballot submitted by electronic transmission, provided that any such electronic transmission must be either set forth or be submitted with information from which it can be determined that the electronic transmission was authorized.”
29
SCHEDULE IV

PROPOSED AMENDMENT OF BYLAWS TO REDUCE VOTE REQUIRED TO
REMOVE DIRECTORS TO MAJORITY OF SHARES OUTSTANDING
Article IV, Section 21 of the Amended and Restated Bylaws of Taronis Fuels, Inc. is hereby amended in its entirety by replacing such section with the following:
“Subject to any limitation imposed by applicable law, the Board of Directors or any individual director or directors may be removed with or without cause by the affirmative vote of the holders of at least a majority of the then-outstanding shares of capital stock of the corporation entitled to vote generally at an election of directors.”
30
IMPORTANT
YOUR CONSENT IS VERY IMPORTANT, no matter how many or how few shares you own. Please “CONSENT” to each of the Proposals by taking three steps:
If any of your shares are held in the name of a broker, bank, bank nominee, or other institution, only it can give consent for your shares and only upon receipt of your specific instructions. Depending upon your broker or custodian, you may be able to give consent either by toll-free telephone or by the Internet. You may also give consent by signing, dating and returning the enclosed WHITE consent card in the postage-paid envelope provided, and to ensure that your consent is given for your shares, you should also contact the person responsible for your account and give instructions for a WHITE consent card to be issued representing your shares.
After signing the enclosed WHITE consent card, DO NOT SIGN OR RETURN ANY CONSENT REVOCATION CARD UNLESS YOU INTEND TO CHANGE YOUR CONSENT INSTRUCTIONS, because only your latest dated consent card will be counted.
If you have previously signed and returned a green consent revocation card to Taronis, you have every right to change your consent instructions. Only your latest dated consent card will count. You may cancel any consent revocation card already sent to Taronis by signing, dating and mailing the enclosed WHITE consent card in the postage-paid envelope provided or, only if your bank, broker firm, dealer, trust company or other nominee provides for consent instructions to be delivered to them by telephone or Internet, by giving consent to your bank, broker firm, dealer, trust company or other nominee by telephone or Internet (most brokerage firms do NOT allow consent instructions to be given by telephone or Internet). Any consent revocation may be cancelled at any time prior to our delivery of written consents to the Company.
If you have any questions, require assistance in executing your WHITE consent card,
or need additional copies of our consent materials,
please contact Saratoga at the phone numbers listed below.

CONSENT OF STOCKHOLDERS OF TARONIS FUELS, INC. TO ACTION WITHOUT A MEETING:

THIS CONSENT IS SOLICITED BY THOMAS WETHERALD, TOBIAS WELO
& THE OTHER PARTICIPANTS

THE BOARD OF DIRECTORS OF TARONIS FUELS, INC.
IS NOT SOLICITING THIS CONSENT 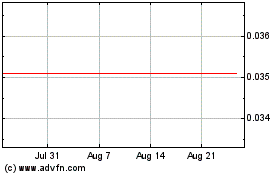 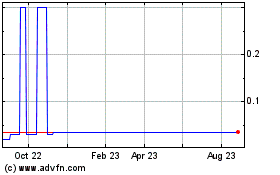 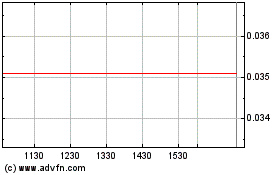