STOCKHOLM--Swedish bank Skandinaviska Enskilda Banken AB might have been used to launder around 8.2 billion Swedish kronor ($930 million) through its Estonian branch between 2007 and 2016, Swedish national broadcaster SVT claimed in a report late Tuesday.

TV news show Uppdrag Granskning has made several money-laundering claims in recent years and in its latest investigation, it claims that around 57 SEB clients, mostly from the Baltic states, exhibited classic characteristics of suspected money laundering according to the so-called Fincen leaks.

Among the suspected customers are some the show claims are connected to corrupt Russian politicians and organized crime, it said.

The claim comes after Uppdrag Granskning viewed U.S. suspicious activity reports that were filed by banks to the U.S. Financial Crimes Enforcement Network, known as Fincen, that were recently leaked. The reports allegedly show that several global banks moved large sums of illicit funds, despite red flags about the origins of the money.

In response to the Fincen leaks, SEB said earlier this week that the suspicious activity reports are police intelligence material that banks aren't allowed to comment on and it is illegal for a bank to comment on individual potential customers.

"It is also important to note that the leak does not necessarily show the full picture of the story, partly because it only provides a subset of the [suspicious activity reports] reported to the U.S. government," SEB said.

"As a bank, we do our utmost to ensure that we are not exploited and to promptly report suspected money laundering. There are no perfect systems, but we are constantly sharpening our abilities to prevent, detect and report, and in that work we will never be finished."

Uppdrag Granskning was first to report last year that billions of dollars of illicit funds might have passed through Swedbank AB's Estonian branch, and also claimed it had found about 194 clients at SEB that it suspected of using the bank to launder money through Swedish and Baltic accounts.

Both banks were subsequently investigated by the Swedish Financial Supervisory Authority and found to lack sufficient anti-money-laundering governance, controls and resources at their Baltic subsidiaries. The FSA fined Swedbank SEK4 billion and SEB SEK1 billion.

The FSA last week opened a fresh probe into Swedbank for suspected breaches of market-abuse regulations. 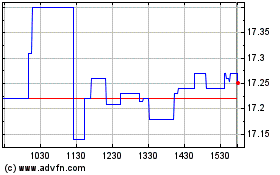