With the end of the year fast approaching, investors are jockeying new positions. Some part with winners and others sell their losers. In fact, the adage that "for every sale, there is a buyer" couldn't be more true than in the stock market, where both ecstasy and misery can split emotions in a single trade. But, these actions often create opportunities.

In fact, coming off of last week's impressive gains, these three stocks are sitting atop bullish lists, and a slew of investors believe they are each poised to extend their gains.

And, while these companies may offer potentially exponential gains in the coming days or weeks, set a trading strategy and stick with it. No stocks go straight up. However, with that said, momentum trading can be a trader's best friend. And these three have it.

World Series of Golf (WSGF) stock rallied sharply last week. The shares hit a high of $0.093, and volume exceeded 139 million shares on Friday alone. That compares to its price of $0.011 on Monday and an average volume of roughly 2.5 million shares exchanging hands per day.

The rally started after a Goldman Small Cap Research report set a 12-month price target of $0.20 for the stock. Compared to its closing price on Friday, that target represents a more than 566% gain in value. Some blogs suggest the shares can go much higher. News on Thursday and Friday helps to support that sentiment.

On Thursday, WSGF announced that its subsidiary, Vaycaychella, is experiencing a robust response to recent marketing efforts targeting entrepreneurs looking to acquire and operate short-term vacation property rentals. Management is optimistic that the initial response rates support the company's projection to reach $100 million in revenue during the first twelve months following the launch of its peer-to-peer (P2P) application that will fully automate the connection of short-term vacation property buyers with investors.

Then, on Friday, WSGF announced a capital transaction that will reduce balance sheet debt by $1.25 million in a deal expected to be completed by the end of the month. Other changes are happening, as well.

WSGF is in the process of making a corporate name change in conjunction with its new Vaycaychella business focus. That subsidiary provides short-term financing alternatives for vacation rental properties that may be excluded from conventional financing channels. Vaycaychella's mission is ambitious, to say the least. However, the market is enormous, and the company is managed by a team with both vision and an ability to deliver results.

At its core, WSGF believes they have designed a better way to empower entrepreneurs to get into the short-term vacation property rental business by utilizing sharing technology apps similar to Airbnb, Booking.com, and Vrbo.

Investors believe in the vision as well. The combination of news sent shares higher by more than 300% for the week on exceptionally high volume.

StrikeForce Technologies, Inc. (OTC PINK: SFOR) shares soared last week after announcing that its SafeVchat secure video conferencing platform will go live on December 18, 2020. In addition to launching the service, the company said it has secured distribution partners in six countries that are already set up and ready to sell. Those deals could lead to robust revenue streams in the near term.

"We have never been as excited about launching a new product as we are right now... the stars have definitely lined up for us like never before. The reason why I can say that is because of the following three reasons, we will be launching the industry's most secure video conferencing platform, the video conferencing industry is now forecast to hit $50+ billion by the end of 2025 (according to Global Market Insights), and Continuation Capital is funding us with others approximately up to $2,500,000 for product marketing for SafeVchat and to retire convertible debt."

Shares closed the week higher by an extraordinary 5253% on the news, with more than one billion shares trading hands on the week. The stock closed on Friday just off its high for the week, leading investors to expect a continuation into Monday. Additional news early in the week could certainly add more fuel to its phenomenal run. Be careful, though.

As noted, the stock is higher by more than 5253% in a single week. A pullback may be healthy before the stock continues to move higher as its products develop. An overbought condition could also send prices lower ahead of a next leg higher.

Exxe Group, Inc. Under The Radar

An under-the-radar stock that is gaining in popularity is Exxe Group (AXXA). Shares are trading at roughly $0.011, and the average volume stands at approximately seven million shares exchanged daily. Exxe is an exciting story, and it's under-the-radar profile may be short-lived after posting record revenues in its most recent quarter.

Last month, AXXA reported that it generated $8.2 million in gross revenues during its fiscal second quarter of 2021. That revenue surpassed the $7.7 million record set in its previous quarter and showed sequential growth of 5% quarter-over-quarter. Compared to the same period last year, second-quarter revenue increased 211% from $2,619,576, and produced net income of $1,249,894 against a $(831,911) loss in the comparable period.

Also impressive for a micro-cap company is that total assets on the balance sheet at the end of its second-quarter were $206,022,467, a 32% increase from the $152,958,973 in the same period last year. Assets of that magnitude are impressive by any measure. And, with the stock trading at a penny a share, investors are starting to take notice.

Clearly, the trends are higher. AXXA's $15.8M revenues in the first half of its fiscal 2021 grew 216% compared to the same period last year. Revenues came from AXXA's agribusiness segment as a result of rising commodity prices. Agribusiness was Exxe's single largest revenue contributor, followed by Real Estate.

Looking ahead, AXXA noted that its UK-based 1Myle currency exchange is set to go live. The company estimates that 1Myle can generate $15 million in revenues during the first twelve months of operation from bitcoin exchange trading activities.

The sum of the parts creates a compelling thesis for investment consideration. Strong revenues, a substantial asset base, and plans in motion to accelerate revenue growth in the coming weeks and quarters may show Exxe to be significantly undervalued at current levels.

Investors are taking notice, and sent the stock 11% higher on Friday.

Heading into the back half of the month, the companies profiled above have put together well thought out plans to sustain their upward trends. Remember, no stock goes straight up, so expect pullbacks that can be healthy to long-term appreciation. However, the measure of risk/reward is favorable based on each company's ability to transform its intrinsic value into shareholder value.

Also, with each stock earning a sizable amount of attention over the weekend, expect some erratic moves in either direction. But, after the rush subsides, the fundamentals should replace emotion and allow these companies to earn an appropriate valuation... with the consensus calling for sustained appreciation. 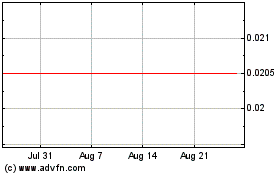 StrikeForce Technologies (QB) (USOTC:SFOR)
Historical Stock Chart
From May 2021 to May 2022 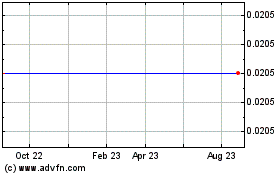 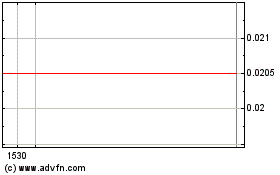