If an emerging growth company, indicate by check mark if the registrant has elected not to use the extended transition period for complying with any new or revised financial accounting standards provided pursuant to Section13(a) of the Exchange Act.         ☐

On January 25, 2022, Stephen M. Hosmer, the Chief Financial Officer, Secretary and Principle Accounting Officer of Royale Energy, Inc. (the “Company”), announced his voluntary resignation, effective January 31, 2022, from any and all positions as an employee, officer, manager, director or similar position with the Company and all of its subsidiaries. Mr. Hosmer’s resignation did not result from any disagreement with the Company on any matter relating to the Company’s operations, policies, or practices. Mr. Hosmer will not receive any compensation or other severance benefits in connection with the resignation of his employment.

On January 25, 2022, the board of directors of the Company (the “Board”) appointed Stephen M. Hosmer, former Chief Financial Officer of the Company, as a director to fill a vacancy on the Board. Mr. Hosmer accepted the appointment to the Board effective February 1, 2022. Mr. Hosmer shall hold office until the next annual meeting of the shareholders of the Company and until a successor has been elected and qualified.

On January 25, 2022, the Board appointed Ronald Lipnick, the Company’s Controller, as the Company’s Chief Financial Officer and Principal Accounting Officer on an interim basis until a regular full time replacement for these positions can be found.

Stephen M. Hosmer, age 55, initially joined Royale as the management information systems manager in May 1988, responsible for developing and maintaining Royale’s computer software.  Mr. Hosmer developed programs and software systems used by Royale.  From 1991 to 1995, he served as president of Royale Operating Company, Royale’s operating subsidiary.  In 1995, he became chief financial officer of Royale.  In 1996, he was elected to the board of directors of Royale.  In 2003, he was elected executive vice president.  In October 2008, he became co-president and co-chief executive officer with primary responsibility for oil and gas exploration operations.  In connection with the Company’s business combination with Matrix Oil Management Corporation and certain of its affiliates which was consummated March 7, 2018, Mr. Hosmer was appointed Chief Financial Officer and Secretary of the combined Company. Mr. Hosmer continued to serve as a director of the Company until completion of his term ending July 26, 2018, and continued to serve as Chief Financial Officer and Secretary until his resignation effective January 31, 2022. He currently serves on the board of Venture Expeditions (www.ventureexpeditions.org), a charitable organization based in Minneapolis MN and as an adjunct professor of Communication at Pt Loma Nazarene University.  Mr. Hosmer holds a Bachelor of Science degree in Business Administration from Oral Roberts University in Tulsa, Oklahoma, and holds an MBA degree via the President/Key Executive program at Pepperdine University in Malibu, California.

Ronald Lipnick, age 61, has served as Controller of the Company since February 1994. He is responsible for the Company’s accounting operations from daily accounting activities and general ledger reconciliation to the preparation of financial statements for the Company’s SEC quarterly 1O-Q and year-end 10-K filings. He also works closely with Royale’s certified public accountants during their yearly audits. Mr. Lipnick has more than 36 years of experience in the accounting field. Mr. Lipnick received a Bachelor of Science in Accounting and a Master of Business Administration in Finance from Oral Roberts University, Tulsa, Oklahoma.

There are no arrangements or understandings between Mr. Hosmer or Mr. Lipnick and any other person pursuant to which either of them was selected as a director or an officer of the Company. There are no family relationships between Mr. Hosmer or Mr. Lipnick and any director or executive officer of the Company, and neither Mr. Hosmer nor Mr. Lipnick has any direct or indirect material interest in any transaction required to be disclosed pursuant to Item 404(a) of Regulation S-K. To the extent that any information called for by Item 5.02(c)(3) is not determined or is unavailable, the Company will provide such information, if required, in an amendment to this Current Report on Form 8-K within four business days after the information is determined or becomes available. 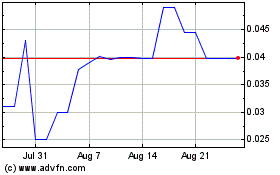 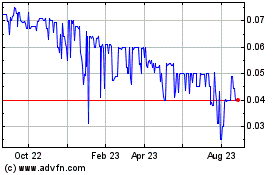 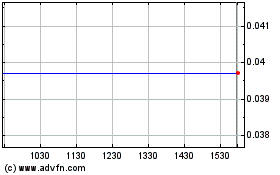