a. Effective on April 28, 2020, the independent accountant who was previously engaged as the principal accountant to audit the Registrant’s financial statements, DylanFloyd Accounting & Consulting, submitted a letter of resignation as auditor for the Registrant. This accountant’s reports on the financial statements for the fiscal year ended June 30, 2018 and the reviews on the financial statements for the quarters ended September 30, 2018, December 31, 2018 and March 31, 2019 neither contained an adverse opinion or a disclaimer of opinion, nor was qualified or modified as to uncertainty, audit scope, or accounting principles other than a going concern uncertainty. This accountant’s decision to resign as auditor for the Registrant was based upon scheduling conflict and its resources and not based upon any issues related to the Registrant’s audit. During the Registrant’s fiscal year ended June 30, 2018 and any subsequent interim periods preceding such resignation, there were no disagreements with the former accountant, whether or not resolved, on any matter of accounting principles or practices, financial statement disclosure, or auditing scope or procedure, which, if not resolved to DylanFloyd Accounting & Consulting’s satisfaction, would have caused it to make reference to the subject matter of the disagreement in connection with any report on the Registration’s financial statements. In addition, there were no “reportable events,” as described in paragraph (a)(1)(v) of Item 304 of Regulation S-K, that occurred within the Registrant’s fiscal year ended June 30, 2018 and the subsequent interim period preceding the former accountant’s resignation.

DylanFloyd Accounting & Consulting’s resignation letter is attached as Exhibit 16.1 to this Form 8-K.

b. The Company is in the process of selecting a new PCAOB-registered accounting firm to serve as the new independent principal accountant to audit the Registrant’s financial statements for the fiscal year ended June 30, 2019 and to perform interim reviews of the Registrant’s unaudited quarterly financial information for the periods ending September 30, 2019, December 31, 2019 and March 31, 2020. During the Registrant’s fiscal year ended June 30, 2018 and the subsequent interim periods prior to engaging the new accountant, neither the Registrant nor someone on its behalf did or will consult the new accountant to be engaged regarding either:

1. the application of accounting principles to any specified transaction, either completed or proposed; or the type of audit opinion that might be rendered on the Company’s financial statements, and neither a written report would be provided to the Company nor oral advice would be provided that the new independent accountant would conclude as an important factor considered by the Company in reaching a decision as to the accounting, auditing, or financial reporting issue; or

Pursuant to the requirements of Section 13 or 15(d) of the Securities Exchange Act of 1934, the Registrant has duly caused this report to be signed on its behalf by the undersigned, thereunto duly authorized. 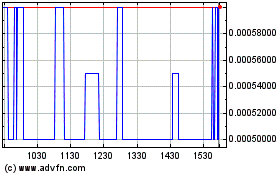