Carson City, NV -- December 2, 2021 -- InvestorsHub NewsWire -- Pharmagreen Biotech, Inc., (OTC Pink: PHBI), today released a management update from CEO Peter Wojcik. The update is the first in a series of narratives breaking out the company's strategy as it begins to convert the revenue potential of its proprietary intellectual property into realized revenue. The update is included in its entirety below:

Pharmagreen has reached an exciting transition stage where our proven intellectual property asset will now be leveraged to begin generating and growing revenue.

Pharmagreen has a proprietary tissue culture process that can be applied to the cannabis industry to increase the scalability of industrial grow operations at the same time preserving genetic purity and enhancing quality production.

Pharmagreen can produce starter plantlets for the CBD hemp and cannabis industries through the application of a proprietary plant tissue culture in vitro process called "Chibafreen". This proprietary process will produce plantlets that will be genetically identical, free of pests, and disease free with consistent and certifiable constituent properties.

Now Pharmagreen is building an operation around its Chibafreen proprietary process to monetize the value of the asset.

Management has now initiated an OTCQB application as part of its overall, multifaceted strategy to transition the potential recurring revenue value of its Chibafreen asset into realized recurring revenue.

The centerpiece of our transition strategy is a 12,000 square foot state of the art, IoT (Internet of Things) enabled greenhouse on 12 acres in Northern California that has the potential to house an operation that at capacity can produce nearly $10 million in unlevered free cashflow annually. Additionally, Pharmagreen's plans for a tissue culture starter plantlet production facility, at the same California location, will produce approximately $30 Million in gross revenues operating at full capacity.

We expect to begin generating revenue next year in 2022, and rapidly expanding the revenue potential of these first facilities over the next five years. We also anticipate adding additional revenue sources built around the Chibafreen asset in yet to be determined locations.

Over the next few weeks, the company will publish a series of shareholder letters building on this one today to articulate in plain and simple terms the details of each key aspect of the overall strategy to transition the Chibafreen asset into a source of recurring revenue.

Look for the next installment to be published next week.

The OTC Markets or any other securities regulatory authority has not reviewed and does not accept responsibility for the adequacy or accuracy of this press release that has been prepared by management. 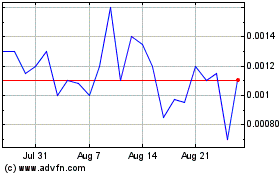 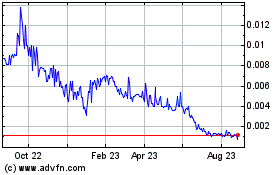 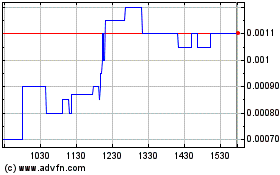