January 27, 2021 -- InvestorsHub NewsWire -- via WallStreet Visions -- Don’t worry if you missed out, the short squeeze on GameStop (GME) was a combination of events that you can follow in other stocks. You just have to know where to look. Here’s some we found could have similar explosive returns.

THC Therapeutics, Inc. (THCT), a forward-thinking, publicly-traded technology company, whose mission statement is, "Better Health through the Science of Nature,". On January, 12th of this year, just a couple of short weeks ago   it appears $THCT has possibly encountered large naked shorting by institutions. According to FINRA REG SHO data we believe there are up to 5 million shares short of $THCT. That’s near half of their float.

This is typical of companies that are often seeing great returns quickly for investors but aren’t seen as traditional long term investments because of their sector, stock price and/or liquidity. Most short sellers aren’t even looking at the fundamentals of the company. Clearly they don’t understand the massive potential in THCT. “Naked short selling” is not only illegal but also much more dangerous than an average short sale. Either way, shorting is risky and can backfire like it has with GameStop (GME) shorters. If these shares are found to be illegal shorts it could send the stock flying. Obviously the company is on top of it and knows where to point. Expect to see lots of green if this all shakes out.

Other companies that have made massive gains for investors and could be targeted;

OPTEC International, Inc. (OPTI) a developer and manufacturer of electronic LED, Ultraviolet (UV) & UV-C safety products and related advanced technologies and PPE (Personal Protection Equipment) products. The company's Safe-Scan product line is being launched at a time when HR directors and facilities managers are experiencing extreme concern with respect to keeping environments safe during the global pandemic crisis and the safe reopening of the U.S. economy.

Bionano Genomics, Inc. (Nasdaq: BNGO) a genome analysis company providing tools and services based on its Saphyr system to scientists and clinicians conducting genetic research and patient testing and providing diagnostic testing for those with autism spectrum disorder (ASD) and other neurodevelopmental disabilities through its Lineagen business. 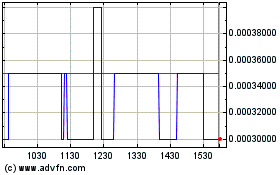