Monster Mining Corp. (the "Company") (TSX VENTURE:MAN)(OTCQX:MMNGF) is pleased to announce that it has completed its 2011 Keno-Lightning and McKay Hill exploration programs and has received the results and interpretation of the airborne geophysical program conducted in June this year (see News Release June 15, 2011) and the YMIP-funded mapping and prospecting program completed at McKay Hill in September 2011.

SkyTEM Surveys APS conducted a 1920 line kilometre time domain electromagnetic (TDEM) survey over Keno-Lightning and McKay Hill in June 2011 (News Release June 15, 2011) The helicopter-borne SkyTEM system, which is capable of producing high resolution, highly accurate data from surface to depths of up to 300 m, is well-suited to identifying steeply dipping to vertical conductors and resolving minor differences in lithological conductivity. The survey was designed to generate exploration targets outside of the known occurrences and assist in structural interpretations of the geology and mineralization on Keno-Lightning. Interpretation of the inverted data was completed by Mr. Tom Weis, consulting geophysicist and principal of Thomas V. Weis and Associates. Prior to establishing a private practice, Mr. Weis was chief geophysicist for Newmont Mining Corporation and has worked for oil and gas and mineral companies in USA, Australia and Papua New Guinea as well as consulting on various projects globally.

Results of the broad scale interpretation at Keno-Lightning indicate that both the EM and magnetic data sets are effective in identifying structural targets in the appropriate orientation, and the EM data appears to map lithology. There are a number of features in both the EM and magnetic data sets that correlate with known veins and vein faults, and significantly, more than 40 features in the correct orientation that have not been previously identified. The EM response has identified a number of highly resistive zones, which correlate extremely well with metamorphosed intrusive bodies, where these bodies are known and have been mapped. A number of the resistive zones do not appear to be related to outcropped intrusions, and may represent buried diorite and dolerite, which have historically proven to be good mineralization hosts due to their brittle nature. Several of these EM highs have gaps, which may represent structures, and are considered high-priority exploration targets.

Seven structures were identified in the Homestake prospect area, only one of which has been tested to date. Previous drilling from the Homestake veins has returned grades up to 4027 g/t Ag over narrow intervals (43-101 dated March 29th, 2011, www.monstermining.com). The proximity of Homestake to Alexco Resource Corp.'s Bellekeno mine and the favourable orientation of the structures identified by the survey (one of which correlates to a known and tested vein) means that Homestake remains a high priority target for 2012 and beyond. The survey also identified two previously unidentified structures in the Faith-Caribou area. Results of soil sampling in the Faith area this year indicated a zone of Au-Ag-As anomalism coincident with possible extensions of known veins (see News Releases of September 8th and October 5th, 2011), and the survey appears to support this interpretation.

The SkyTEM survey has identified more than 40 structures within the Keno-Lightning claim block, all of which will be evaluated in the context of geology to determine whether they warrant follow up exploration, and in what priority. Many of these structures are unrelated to known veins or structures, but are within the range of preferred orientations for mineralized structures within the Keno Hill camp and as such represent a considerable expansion of potential targets on the Keno-Lightning property. Work will continue over the winter to refine and rank the targets for exploration in 2012 and beyond. Targets require confirmation in the field, using mapping, soil geochemical sampling, and trenching, and drill targets will be refined based on the results of geochemical sampling and mapping and prospecting. Please refer to our website www.monstermining.com for maps.

The company also completed a Yukon Mining Incentives Program (YMIP) -funded mapping and prospecting program on the property in September 2011. The mapping program, which was designed to evaluate the structural architecture and structural controls on mineralization at McKay Hill, was completed by Dr. Kirsten Nicholson of Ball State University, Indiana. Her work identified four deformation events on the property and suggests that mineralization at McKay Hill occurs at the intersection of D2 quartz-carbonate veins and D3 faults. Results of the geophysical survey and the structural mapping project have refined exploration targets in the central claims area of the McKay Hill prospect and identified new targets outside of the areas of historic focus. Ongoing work over the winter will focus on ranking and prioritizing these targets for follow up in 2012 and beyond.

Joanna Ettlinger, PhD, MAusIMM(CP) is the Qualified Person under National Instrument 43-101 who has reviewed and approved the technical information contained in this news release. 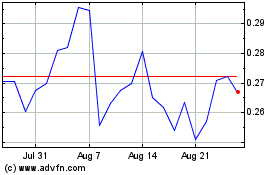 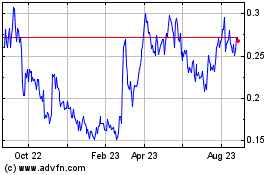 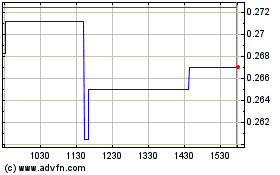