HONG KONG -- Charles Lu, the co-founder and former chairman of Luckin Coffee Inc., has lost control of all his shares in the Chinese coffee chain following a recent court ruling, according to people familiar with the matter.

A court in the British Virgin Islands granted on July 9 an application by banks to wind up Haode Investments Inc., an entity controlled by Mr. Lu's family trust that holds Luckin shares, and appointed KPMG as the liquidator of the assets, according to the people.

Mr. Lu has 14 days from the date of the ruling to appeal the decision, some of the people said. He didn't respond to requests for comment.

With the court's decision, Centurium Capital, a Chinese private-equity firm and an early backer of Luckin, has the most voting rights in the company, thanks to its holdings of so-called Class B shares that carry 10 times the votes of regular shares. Centurium now controls about 43% of Luckin's voting rights, according to a person familiar with the matter and calculations based on Luckin's filings.

On Monday, Luckin said Mr. Lu stepped down from the chairman post and is no longer a director on its board after a shareholder meeting last week. He has been replaced by Jinyi Guo, a longtime business associate of Mr. Lu's who will also serve as Luckin's permanent chief executive.

The Wall Street Journal reported last week that Mr. Lu determined the outcome of the shareholder vote, which has changed the composition of the company's board of directors.

Mr. Lu, who used to be Luckin's largest shareholder, defaulted on a $533 million margin loan from banks including units of Credit Suisse Group AG, Morgan Stanley, Goldman Sachs Group Inc., Barclays PLC, CICC and Haitong International after a disclosure of fabricated sales by Luckin caused its American depositary shares to plunge in value. Luckin's market capitalization topped $12 billion in January and has since fallen to less than $1 billion.

The three-year-old upstart rival to Starbucks Corp. in China revealed in April that more than $300 million of its 2019 sales were fabricated. Luckin has fired co-founder and CEO Jenny Qian and more than a dozen other employees, and its shares have been delisted from the Nasdaq Stock Market. They now trade on the over-the-counter market.

Banks earlier seized and sold some Luckin shares owned by Mr. Lu and Ms. Qian, and took legal action to wind up other entities in another offshore jurisdiction that Mr. Lu and his sister controlled.

The British Virgin Islands court has also granted creditors' application to wind up Summer Fame Ltd., an entity controlled by the family trust of Ms. Qian that holds Luckin shares, the people familiar with the matter said. She couldn't be reached for comment.

After the ruling and a similar court order last month in the Cayman Islands to wind up another of Mr. Lu's entities, KPMG, the court-appointed liquidator, owns about 18% of Luckin's Class A shares, according to people familiar with the matter and calculations based on Luckin's public filings.

Mr. Lu and Ms. Qian founded Luckin in 2017 and set out to challenge Starbucks's dominance in China and get Chinese consumers hooked on premium coffee. By the end of 2019, Luckin had opened more than 4,500 outlets across the country and said it was China's biggest coffee chain by stores, even though its sales fell short of Starbucks's.

The Wall Street Journal reported in May that Luckin inflated sales by booking numerous purchases of vouchers that could be exchanged for cups of coffee. Some of the companies that bought such vouchers in bulk, as well as a company that received payments from Luckin for raw materials, had ties to Mr. Lu, according to the Journal's reporting.

An internal investigation by Luckin concluded that Mr. Lu "knew or should have known" of the fabricated transactions, the Journal previously reported. Mr. Lu denied that in an earlier email to the Journal.

Write to Jing Yang at Jing.Yang@wsj.com 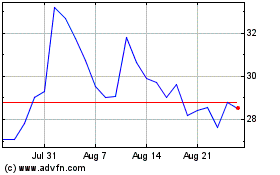 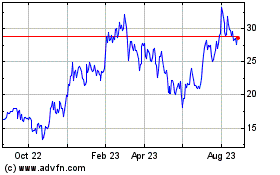 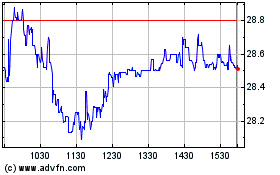