New York, New York (NetworkNewsWire) – Thanks to subscription-based business models, consumers are not left to wonder what the best buying decisions may be. Companies that offer subscriptions can provide customers with a multitude of services bundled together, whether the product is streaming television programs, design or sales software, or purchasing and managing lottery tickets. On the corporate side, subscription services have enabled companies to be more flexible and scalable toward their offerings while providing them with greater, more predictable revenue. LottoGopher Holdings (OTCQB: LTTGF) (CSE: LOTO) (FRA: 2LG) (LottoGopher Profile) is one example of a company that has succeeded with its subscription model. Targeting the 80 million consumers in the U.S. who purchase lottery tickets regularly, LottoGopher offers daily, monthly and annual subscriptions to customers in California, with plans to scale up its presence in 22 other states over the next few years. This service builds on the success of large providers such as Netflix, Inc. (NASDAQ: NFLX) and Amazon.com, Inc. (NASDAQ: AMZN), as well as software companies Adobe Systems, Inc. (NASDAQ: ADBE) and Salesforce.com, Inc. (NYSE: CRM).

As a lottery messenger service cognizant of consumer demand for convenience, LottoGopher Holdings (LTTGF) enables people to buy lottery tickets legally in California, at the same price as at a store, with a debit or credit card. Featured on NBC, CNN, CBS News, ABC and Fox News, and in Forbes, Time and the Los Angeles Times, the company is an increasingly recognizable brand. The company’s success and anticipated growth are anchored to the conveniences that it offers to subscribers. LottoGopher subscribers maintain an account balance, which is updated after each drawing, while the system secures tickets directly from the lottery retailer.

The emerging company has seen positive signs during its testing period. Among visitors to the site, 7 percent provided their email address, 43 percent of those who signed up via email became members, and 12 percent of freemium plan members converted to paid memberships. The company’s goal is to create a subscriber base of approximately half a million paying members by 2020 in an effort to achieve nearly $50 million in annual revenues — a mission that accompanies its plan to expand its reach into 22 other states.

As the subscription numbers grow, LottoGopher continues to adjust its features to address the modern consumer. Most recently, the company announced its ongoing integration of a payment processing solution that will allow members to pay via bitcoin and Ethereum.

"In the past few months we have seen an uptick in subscriptions and we want to continue this momentum. By making it as convenient as possible for our members to order Powerball, Mega Millions and SuperLotto Plus, we are continuing the mission to really target millennials. Integrating with a solution that accepts digital currencies is part of this ongoing strategy," James Morel, founder and CEO of LottoGopher, stated in the news release (http://nnw.fm/2RisV). "In short order we will have the processing ability to accept bitcoin and ether, a safer, quicker and anonymous way to transact in this new digital-driven day and age."

LottoGopher members can currently purchase lottery tickets via the LottoGopher website, making “lost” lottery tickets a thing of the past. They can also receive alerts, strategies and access to lottery news, and they can play individually or pool winnings as members of public or private groups online.

Strategic partnerships play an important role in LottoGopher’s business model. Its Lottoland partner has been ranked as one of Britain’s Top 30 fastest-growing companies, per a Financial Times FT1000 Report. Since first offering its online lottery services in 2013, Lottoland has achieved $357 million USD in annual sales, marking a revenue increase of 820 percent between 2012 and 2015 (http://nnw.fm/2Z8xT).

Like many other companies in the subscription space, LottoGopher sees exponential potential. The company’s niche in this space enables it to secure a spot in the $70 billion U.S. lottery industry, which is 4x the size of the sports industry and 10x larger than the music industry.

Another solid example of the potential of paid subscription services is Netflix, Inc. (NFLX), which sells subscriptions rather than the individual movies available in its catalog. As an aside, it is worth noting that, while movie subscription sales have far outpaced those at the box office, lottery tickets sales exceeded movie ticket purchases sevenfold, according to a 2015 CNN report. With Netflix, members pay a monthly fee and can watch as few or as many movies, TV shows, documentaries and Netflix originals as they want. This same model is applied by LottoGopher; in fact, the model is so comparable that even the monthly subscription rates are similar – at around $8 to $12 per month. In Q2 2017, membership for the streaming service grew from 99 million to 104 million, while revenue grew 29.6 percent year-over-year.

Netflix offers an array of additional features that keep its subscribers on deck. The streaming service lets users play, pause, rewind and resume watching, and there are no commercials. Also, content can be downloaded to computers, tablets, and mobile devices. The company also offers other bonuses to customers, such as a one month free trial for new members.

Amazon.com, Inc. (AMZN) also offers a successful, recognizable subscription service. Launched in the U.S. in 2005, its Amazon Prime service offered perks such as free shipping. Since then, Amazon has added video and music streaming services, access to books, audio content, games, and photo storage under the Prime brand. Members also receive rewards bonuses by using Amazon Reward or Prime Store cards, and even paying with debit through the Amazon Prime Reload program. According to Statista (http://nnw.fm/5hgHw), subscribership for Amazon Prime reached about 85 million in July 2017, compared to 41 million in March 2015. Consumer Intelligence Research Partners has also discovered that subscription members spend more than non-members (about $1,300 compared to $700 per year). On average, Prime members are privier to spending and tend to be more loyal customers.

Adobe Systems, Inc. (ADBE), a leader in cloud-based design software, reported approximately $1.77 billion in revenue for its best second quarter in its history, while subscription revenue increased 37 percent for the quarter to $1.48 billion. Roughly four years ago, Adobe distanced itself from the traditional sales model and, in a move that initially generated considerable consumer backlash, instead offered its solutions in a variety of packages ranging from $20-$50 a month. As noted in a recent Motley Fool article, the decision to keep course on the subscription-based business model has positioned Adobe for continued success (http://nnw.fm/fq59A).

Salesforce.com, Inc. (CRM) is a leader in enterprise and CRM software, in the second quarter of fiscal 2018, becoming the first enterprise software company to break $10 billion in revenues. Focused on subscription cloud services that perform the same functions as traditional, costly in-house systems, the company realized a 26 percent annual increase in subscription and support revenues. Revenues for that segment were $2.37 billion, accounting for the majority of total second-quarter revenues of $2.56 billion. Salesforce has demonstrated how software-as-a-service and pay-as-you-go models can yield impressive numbers, and expects full-year fiscal 2018 revenue to increase between 23-24 percent to $10.3 billion to $10.4 billion.

The above leaders are prime examples of how subscription sales can generate income over the long term and in a variety of consumer applications. As LottoGopher continues to evolve its offerings to meet consumer demands, the company can look to the success stories of industry behemoths such as Netflix, Amazon, Adobe and Salesforce to carve its own unique spot in the subscription-based space via the $70 billion lottery market. 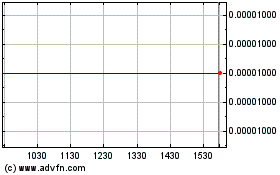