In 2012 geochemical sampling at Hay Mountain revealed the presence of four and perhaps more rare earth elements (NR 122). A key component of the Hay Mountain Project phase 1 drilling program is to aggressively pursue exploration and development of a viable REEs resource. The Company’s CEO and Chief Geologist addressed shareholders on the topic in August 2013 (view on the Liberty Star website: Jim Briscoe on REEs).

Comments Briscoe: “Recent federal government activity focusing on the strategic and commercial value of REEs has been widely reported and may signal that we may have an opportunity to engage government funding to explore the REEs' development possibilities at Hay Mountain.”

Statements in this news release that are not historical are forward-looking statements. Forward-looking statements in this news release include our planned drilling program and that we may get government funding. Factors which may delay or prevent these forward-looking statements from being realized include: the failure of our proposals for government funding to be accepted; we may not be able to raise sufficient funds to complete our intended exploration, keep our properties or carry on operations; and an inability to continue exploration due to weather, logistical problems, labor or equipment problems or hazards even if funds are available. Despite encouraging data there may be no commercially exploitable mineralization on our properties. Readers should refer to the risk disclosures in the Company’s recent 10-K and the Company’s other periodic reports filed from time to time with the Securities and Exchange Commission. 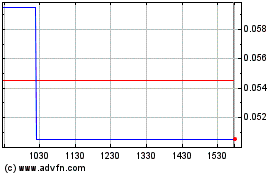