Software start-up Lecere™ Corporation (Pink Sheets: LCRE) (www.lecere.com) has announced that it will begin a pilot project on April 30, 2010 to evaluate its initial SaaS Point of Sales offering. Lecere also has announced its support for the just-released Apple iPad, which will be used as the primary order entry device in the pilot project to start on April 30.

According to Jim Morris, Chairman and CEO of Lecere, “We are gearing up for the initial release of our software. We will initiate a pilot project at our first restaurant customer, to be named later. We are very excited about our rollout. Our pilot customer will use the iPod Touch and the iPad for order entry and bar/hostess interfaces. Using those devices, along with a couple of standard ticket printers, brings the startup cost for the pilot to under $2,000. Contrast that with an upfront cost of about $20,000 to install a traditional, on-premises POS system with its heavy, non-movable POS terminals, printers, and back-office servers.”

Said Morris, “We are on schedule for an April 30 engagement start, and we are confident that we will be successful deploying at this customer site. Although we have interest from several other restaurants, we will focus all of our initial efforts on making this pilot successful before deploying more broadly. As we expected, there is substantial interest in FIRMS, but we must walk before we can run."

Lecere will provide a webinar demo of its software to potential, qualified restaurant customers or distribution partners. Please email jim dot morris at lecere dot com if you would be interested in seeing a webinar demo.

Lecere and FIRMS are trademarks of Lecere Corporation. All other legal marks are the property of their respective owners. 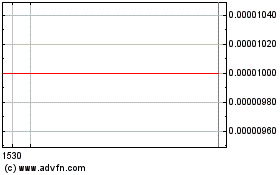