Item 5.01 Changes in Control of Registrant.

On December 17, 2020, as a result of a private transactions, 4,000,000 shares of common stock, $0.001 par value per share (the “Shares”) of Leader Hill Corporation, a Nevada corporation (the “Company”), were transferred from Chia Yee Seah to certain purchasers (collectively, the “Purchasers”). As a result, the Purchasers became the holders of approximately 82.9% of the issued and outstanding share capital of the Company and our new CEO, Mr. Liu Muzhen held 2,700,000 common shares or 55.95% shareholding of the Company. The consideration paid for the Shares was $287,000. The source of the cash consideration for the Shares was personal funds of the Purchasers. In connection with the transaction, Chia Yee Seah released the Company from all debts owed to him.

Other than as described below, there are no arrangements or understandings among both the former and new control persons and their associates with respect to the election of directors of the Company or other matters. The information set forth in Item 5.02 of this Form 8-K is incorporated by reference into this Item 5.01.

Mr. Liu Muzhen (“Mr. Liu”), age 33, is currently studying a Master of Business Administration in the University of New Buckingham, while his bachelor’s degree was obtained in Capital Normal University, with major in software engineering.

From August 2012 to December 2016, Mr. Liu was a general manager of Shanghai Guangya Network Technology Company Limited (“Guangya”). Guangya had two major business steams, first one was business of network technology research and development, with its in-house Software-as-a-service as solution to its clients. The second one was sales and distribution of electronic appliances, communication tools and Audio-visual equipment. Mr. Liu was responsible to be the oversight of the whole company, business development, reporting of financial result to shareholders.

From January 2017 to the present, Mr. Liu has been a general manager of Big Player (Shenzhen) Media Company Limited (“Big Player”). Big Player is engaging in not only cultural campaign planning, corporate branding, and advertisement, but also website, online game and application development. Mr. Liu is responsible for the online game and application development, strategic development of the Company and review of the strategy implementation.

Liu Muzhen has been appointed as a Chief Executive Officer, Chief Financial Officer, President, Treasurer, Secretary and Chairman of Board of Directors of the Company since December 17, 2020. 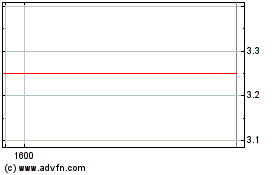