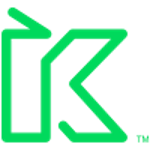 PART IV
The following exhibits are filed as part of this Annual Report on Form 10-K. Where such filing is made by incorporation by reference to a previously filed document, such document is identified.
Table of Contents
Table of Contents
Table of Contents
Table of Contents
The foregoing descriptions of the Second Exchange Agreement, the Amended Senior Note and the Limited Consent and First Amendment to Financing Agreement are summaries only, do not purport to be complete and are qualified in their entirety by the full text of these documents, copies of which are attached as Exhibits 10.22, 10.23 and 10.24, respectively, and incorporated herein by reference.
*    Filed herewith.
**    This certification shall not be deemed “filed” for purposes of Section 18 of the Securities Exchange Act of 1934, or otherwise subject to the liability of that section, nor shall it be deemed to be incorporated by reference into any filing under the Securities Act of 1933 or the Securities Exchange Act of 1934.
#    Management contract or compensatory plan or arrangement.
†    The schedules and exhibits to this agreement have been omitted. A copy of any omitted schedule or exhibit will be furnished to the SEC supplementally upon request.
Table of Contents
SIGNATURES
Pursuant to the requirements of Section 13 and 15(d) of the Securities Exchange Act of 1934, the registrant has duly caused this report to be signed on its behalf by the undersigned, thereunto duly authorized.