Kevin Arquit, who previously served as the general counsel at the Federal Trade Commission and director of the FTC's Bureau of Competition, will join the Greeley, Colo.-based meatpacker on May 3, the company said.

In the newly created position, Mr. Arquit will lead the company's legal, ethics and compliance efforts in the U.S., Canada, Mexico, Australia, Europe and the U.K., the company said Tuesday. Kim Pryor will continue to serve as the general counsel for JBS in the U.S., the company said. JBS USA is a subsidiary of Brazilian meatpacking giant JBS SA.

"[Mr. Arquit's] knowledge and passion are welcome additions to our strong global team as we work to ensure the highest legal, ethics and compliance standards," Andre Nogueira, JBS USA's chief executive, said in a statement.

Mr. Arquit most recently served as an attorney specializing in antitrust and competition at the law firm Kasowitz Benson Torres LLP, and before that at Weil, Gotshal & Manges LLP and Simpson Thacher & Bartlett LLP.

The appointment comes as JBS USA and chicken processor Pilgrim's Pride Corp. face allegations of price fixing and federal antitrust scrutiny in the U.S. JBS USA is the majority shareholder of Pilgrim's.

In June, The Wall Street Journal reported that the U.S. Justice Department had issued civil subpoenas to the four largest beef processors, including JBS USA, as part of its federal antitrust scrutiny of the U.S. meat industry.

A spokesperson for Pilgrim's didn't immediately provide a comment. A spokeswoman for JBS USA said, "[Mr. Arquit] was hired to help build best-in-class legal, ethics and compliance programs for the company."

JBS SA and its controlling shareholders in October reached an agreement with the Securities and Exchange Commission on alleged violations of U.S. securities laws by Pilgrim's Pride. As a result, JBS agreed to pay roughly $27 million to the SEC over an alleged bribery scheme.

JBS SA said in a letter addressed to shareholders at the time that it was committed to best corporate practices and close cooperation with authorities.

Write to Mengqi Sun at mengqi.sun@wsj.com 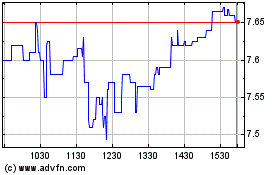