NetworkNewsWire Editorial Coverage: Growth in demand for batteries is pushing up nickel production around the world.

To view an infographic of this editorial, click here.

Pacific Rim Cobalt Corporation (CSE: BOLT) (OTCQB: PCRCF) (PCRCF Profile) is making the most of Indonesian nickel through an aggressive exploration and development program there. Ivanhoe Mines Ltd. (TSX: IVN) (OTCQX: IVPAF) has announced mine development is underway at its platinum-group metals, nickel, copper and gold Platreef Project in South Africa. BHP Group (NYSE: BHP), the world’s biggest mining company, is holding on to its Western Australia-based Nickel West operations, based on a positive battery market forecast. Glencore (OTC: GLNCY) mines nickel and produces byproduct metals as a result of that production. One of the major drivers behind the rising demand for batteries is car production by companies such as Volkswagen AG (OTC: VWAGY), which is building two additional plants in China to produce a total of 600,000 vehicles on its dedicated battery-car platform.

The past two decades has seen the demand for battery materials surge upward. A host of electronic gadget and vehicles — everything mobile phones, laptops and hybrid cars — are spreading around the world. And each one relies on batteries for power, causing a spike in demand for the minerals used in these batteries.

This flood of electronic devices has created an opportunity for countries with rich nickel deposits, including Indonesia. By reforming laws and opening up the industry to foreign investors, these countries are seeing a boost to their economies and enjoying a growing influence on the global stage. The growing demand also creates promising potential for savvy companies that are willing to seize the opportunity to mine the world’s mineral wealth.

The Need for Nickel

For mineral exploration companies such as Pacific Rim Cobalt Corporation (CSE:BOLT) (OTCQB:PCRCF), there’s never been a better time to focus on nickel. Two trends are buoying up demand for battery minerals: green energy and high-tech gadgetry. These two trends will undoubtedly only increase, ensuring a shiny future for nickel companies.

People around the world today live increasingly connected lives, thanks to the proliferation of electronic gadgets. From smartphones to laptops to watches that track fitness, first-world consumers and the rising middle class of the rest of the world are using portable technology around the clock. The portability of these powerful devices is made possible because of their rechargeable batteries, which rely upon elements such as nickel to work.

At the same time, the push for environmentally friendly living is also boosting the need for batteries. Electric and hybrid cars are fueled by powerful batteries, batteries that are essential for self-driving and driver-assistance technology. National energy production networks, which increasingly use renewable energy to reduce pollution, also depend on battery-power storage solutions to see them through the ebb and flow of solar and wind power. Mining companies such as Pacific Rim Cobalt are emerging as a vital component in the creation of a cleaner environment.

For Pacific Rim Cobalt, this means continued development of projects with the end goal of eventually producing cathode materials such as nickel to meet growing demand. Though tensions over President Donald Trump’s trade wars have softened metal prices in the short term, longer-term needs are essentially immune to presidential policies. Across Asia in particular, demand for battery materials keeps rising, and the market’s long-term strength seems assured.

To make the most of this market, Pacific Rim Cobalt has been building its operations in Indonesia, the largest nickel-producing nation in the world. With cobalt being a byproduct of nickel production, Indonesia remains in the running to potentially become the largest source of this critical battery mineral outside of Africa.

Located in northern Indonesia, Pacific Rim’s Cyclops Project is the company’s current focus on nickel operations. The project is in its early stages, with 20 step-out holes already drilled to gather information about the mineral resources in the region. The company has just announced (June 6) the commencement of Phase 2 drilling at Cyclops with a goal of completing up to an additional 50 holes. Combined with historical estimates, this information will allow the company to establish a maiden compliant (NI 43-101) resource on the project and determine how best to go about extracting those resources. Up to this point, drilling has confirmed elevated nickel and cobalt values, demonstrating a potentially highly profitable mining site.

The Cyclops site was carefully chosen from among available options in Indonesia. “The Cyclops Project was acquired following extensive due diligence on over 40 projects across Indonesia,” said Pacific Rim CEO Ranjeet Sundher. “We expect the near-surface nature of cobalt and nickel mineralization at the Cyclops Project will lend itself well to low-cost, logistically straightforward drilling. We anticipate the opportunity to undertake a resource calculation study, as well as ongoing metallurgy and process option testing, will present itself in the near future."

The abundance of mineral deposits isn't the only thing that makes Indonesia and, in particular, its north coast an attractive place for nickel mining. It’s also location. Close to China, Indonesia is in an ideal position to supply its neighboring country’s huge battery-production market. Chinese batteries play an essential part both in their home country’s embrace of modern technology and in exports to the rest of the world. Chinese companies are becoming leaders and innovators in telecoms and electric cars, making this an important market for nickel producers.

Good transportation links are essential to making the most of mineral extraction. Whether it’s the solid road connections around Pacific Rim Cobalt’s project or the maritime trade connections between Indonesia and China, these dynamic elements ensure that Indonesia — and the companies working within the country — can make the most of its mineral resources.

Indonesia, however, has set its sights on becoming more than just a resource base. The country’s Industry Minister, Airlangga Hartarto, has identified a bold agenda. The government’s plan is to build Indonesia into a regional manufacturing powerhouse, turning its own raw resources into consumer goods. This strategic move could create even more opportunities for companies already in the country, such as Pacific Rim Cobalt.

The government’s goal is not just a grand statement of intent. Plans are afoot to revise labor laws and open up various parts of the economy to foreign involvement. These moves are expected to make the country even more attractive to investors, whose money can drive the development of the manufacturing base.

The abundance of nickel ore will be one of the draws for these investors. This rich resource will remain a unique selling point for Indonesia, as manufacturing within the country appears certain to reduce transport costs associated with acquiring the mineral and allow greater efficiencies in the end-to-end battery production process.

With ongoing demand from China and the development of strong internal markets, nickel companies working in Indonesia almost certainly will see demand for their products continue to rise. By tapping into buried deposits, both Indonesia and the companies operating in the country appear certain to profit. This promising future is what companies such as Pacific Rim Cobalt are banking on.

Glencore (OTC: GLNCY), one of the world’s largest diversified natural resources companies, has invested heavily in mining for battery metals, including nickel. Producers of some of the world’s purest nickel, Glencore relies on assets from Australia, Canada and Europe to produce its supply of nickel. As a byproduct of its nickel production, the company also produces byproduct metals such as cobalt and copper.

The decision by BHP Group (NYSE: BHP) to keep Nickel West was announced by BHP CEO Andrew Mackenzie during a recent mining conference. “Nickel West, which we will now retain in the portfolio, offers high-return potential as a future growth option, linked to the expected growth in battery markets and the relative scarcity of quality nickel sulphide supply,” he said. Nickel West is a fully integrated mine-to-market nickel business with all operations (mines, concentrators, a smelter and a refinery) located in Western Australia.

The hunt for battery metals is made more urgent by the work of car manufacturers such as Volkswagen AG (OTC: VWAGY), which began producing cars in China in 1984; the company has become a significant presence in the country since then. Opening two more plants in the country will likely place the company in a strong position in the growing e-vehicle market. VW plans to produce some 70 battery-powered models across its 12 auto brands by 2028 and make 22 million electric cars over the next decade. In addition, the Volkwagen Group opened four new plants in China last year. This growth should boost China’s burgeoning battery industry along with the country’s demand for Indonesian nickel.

As battery demand continues to grow, so will the world’s nickel industry. And the companies involved in that industry appear certain to benefit.

NetworkNewsWire (NNW) is a financial news and content distribution company that provides (1) access to a network of wire services via NetworkWire to reach all target markets, industries and demographics in the most effective manner possible, (2) article and editorial syndication to 5,000+ news outlets (3), enhanced press release services to ensure maximum impact, (4) social media distribution via the Investor Brand Network (IBN) to nearly 2 million followers, (5) a full array of corporate communications solutions, and (6) a total news coverage solution with NNW Prime. As a multifaceted organization with an extensive team of contributing journalists and writers, NNW is uniquely positioned to best serve private and public companies that desire to reach a wide audience of investors, consumers, journalists and the general public. By cutting through the overload of information in today’s market, NNW brings its clients unparalleled visibility, recognition and brand awareness. NNW is where news, content and information converge.

DISCLAIMER: NetworkNewsWire (NNW) is the source of the Article and content set forth above. References to any issuer other than the profiled issuer are intended solely to identify industry participants and do not constitute an endorsement of any issuer and do not constitute a comparison to the profiled issuer. The commentary, views and opinions expressed in this release by NNW are solely those of NNW. Readers of this Article and content agree that they cannot and will not seek to hold liable NNW for any investment decisions by their readers or subscribers. NNW is a news dissemination and financial marketing solutions provider and are NOT registered broker-dealers/analysts/investment advisers, hold no investment licenses and may NOT sell, offer to sell or offer to buy any security. 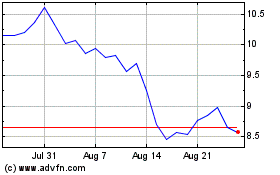 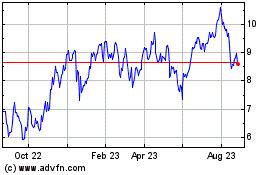 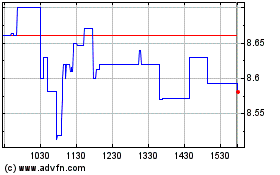