Infineon Technologies AG assumes the euro will average $1.20 against the dollar within its guidance for the third quarter and the full fiscal year ending in September.

The German chip maker's prediction is the same as it was for the second quarter and assumes that the euro won't stray too far from current levels. The euro last trades at $1.2014.

The assumption of $1.20 is higher than the $1.18 estimated by peer chip maker STMicroelectronics NV last week when it issued guidance for its second quarter which ends on July 3.

Infineon expects revenue for its third quarter ending June 30 to be between EUR2.6 billion and EUR2.9 billion, with a segment result margin--a closely watched metric comparable to adjusted earnings before interest and taxes margin--at around 18% at the mid-point.

For the fiscal year ending Sept. 30, it expects revenue at around EUR11 billion, plus or minus 3%, and an adjusted EBIT margin of about 18%. 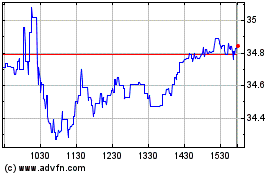