April 29, 2019 -- InvestorsHub NewsWire -- Microcap Speculators -- With rumors swirling that Tiger Woods and Phil Mickelson are chewing CBD gum, CBD has become a hot topic in the golf community.  The non-psychoactive health benefits of CBD are appealing for golfers.

This is why we are highlighting Real Brands, Inc. (USOTC: RLBD). The Hemp-Derived consumer product company just announced that PGA professional, Scott Piercy, is coming aboard as Brand Ambassador.  Piercy is coming off his best finish of 2019 and is set to defend his title this weekend at the Zurich classic.  With the spotlight on Piercy this week, RLBD could receive some of that shine.  Last month, he made a further commitment by making a long-term investment into Real Brands.  RLBD has strong management with a solid background in branding and the beverage industry and plans to expand their holdings focusing on at least three CBD Categories:  smokables, edibles and topical balms and lotions.  The company recently updated their logo and brand identity.  It is also developing an E-Commerce website and plans to launch it during the early part of the second quarter on their newly acquired domain name, to support online sales of a variety of smokable, edible, and topical CBD derived from hemp-based products for each of their brands.  Start your research today.

Real Brands, Inc. (USOTC: RLBD) (Market Cap: $13.558M; Share Price: $0.09) is launching a CBD beverage.  The company is very close to its next production run, meaning there could be major news on the way.  The audit on the horizon means this could also be another major event for investors to pay attention to.  Real Brands is first and foremost a marketing and branding company, which has been slowly building its portfolio of trademarked brand names that could each represent on their own major partnerships and joint ventures going forward.  It is focused on the hemp-derived CBD industry and is developing consumer products in the following categories- smokables, edibles and topicals.

Jerry Pearring, the CEO of Real Brands commented, “As the demand for CBD infused products continues to grow, we intend to create marketing strategies in at least three CBD Categories: smokables, edibles and topical balms and lotions.”
________

OTHER CANNABIS COS TO RESEARCH INCLUDE:

The Alkaline Water Company Inc. (NASDAQ: WTER) (Market Cap: $90.321M; Share Price: $2.30), a leading producer of premium bottled alkaline drinking water sold under the brand name Alkaline88®, continues to expand its national retail footprint as regulations around hemp-infused products are ironed out.  Not only did the company expand its distribution into 30 more Whole Foods stores (resulting in a total of 107 across the United States), but it formed an agreement with Jetro Cash and Carry—one of the United States' leading wholesale food and beverage suppliers.  The agreement will provide over 5,000 independent retailers (ie. restaurants, nonprofit organizations) in Southern California with access to the company's Alkaline88® 1-liter, 700ml, and 500ml products.  Jetro Cash and Carry is one of the nation's largest wholesale food and beverage suppliers.  The company is optimistic that this new distribution channel will ultimately be as successful as its more established supermarket sales channel.

The Alkaline Water Company Inc. produces, distributes, and markets bottled alkaline water in the United States.  The company offers bottled alkaline water in various volumes under the Alkaline88 trade name.  With its innovative, state-of-the-art, proprietary electrolysis process, the company produces healthy, all-natural and great-tasting alkaline water for a balanced lifestyle.  It sells its products through brokers and distributors to retailers, such as convenience stores, natural food products stores, large ethnic markets, and national retailers.  The company was founded in 2012 and is headquartered in Scottsdale, Arizona.

Village Farms is one of the largest and longest-operating vertically integrated greenhouse growers in North America and the only publicly traded greenhouse produce company in Canada.  Together with its subsidiaries, it produces, markets, and distributes greenhouse-grown tomatoes, bell peppers, and cucumbers in North America.  The company operates in two segments, Produce Business and Energy Business. It also owns and operates a 7.0-megawatt power plant that generates and sells electricity to British Columbia Hydro and Power Authority.
_________

Recently it announced a licensing agreement entered into between its U.S. subsidiary and Blissiva, a women-owned, Maryland-based company specializing in producing and distributing medical cannabis products specifically formulated for women.  As per the licensing agreement, iAnthus will manufacture, market and sell a variety of Blissiva products in its markets, with initial launch in Maryland scheduled for April 20, 2019.  Additionally, iAnthus has the exclusive right to launch Blissiva in its ten other existing states and across the United States.

iAnthus Capital Holdings, Inc. owns and operates licensed cannabis cultivation, processing, and dispensary facilities.  As of March 4, 2019, it operated 21 dispensaries in 11 states.  The company is based in New York, New York.

Darren Lampert, Co-Founder and CEO, said, "This was our 5th consecutive year of record growth for GrowGeneration, with revenues growing over 100% year over year.”

GrowGen owns and operates specialty retail hydroponic and organic gardening stores. Currently, GrowGen has 21 stores.  GrowGen also operates an online superstore for cultivators, located at HeavyGardens.com.  GrowGen carries and sells thousands of products, including organic nutrients and soils, advanced lighting technology and state of the art hydroponic equipment to be used indoors and outdoors by commercial and home growers.  Management estimates that roughly 1,000 hydroponic stores are in operation in the U.S. By 2020 the market is estimated to reach over $23 billion with a compound annual growth. 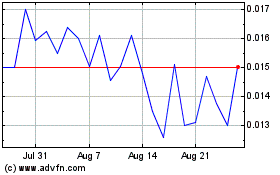 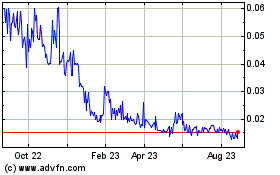 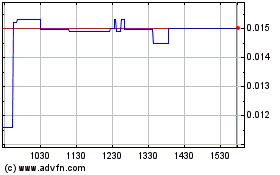