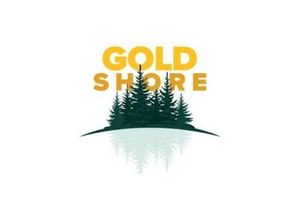 VANCOUVER, B.C., July 7, 2022: Goldshore Resources Inc. (TSXV: GSHR / OTCQB: GSHRF / FWB: 8X00) ("Goldshore" or the "Company"), is pleased to announce it has executed an option agreement (the "Option Agreement") with White Metal Resource Corp. (TSXV:WHM) ("White Metal") to earn in to certain mining claims held by White Metal in the Shebandowan greenstone belt known as the Iris Lake and Vanguard properties (the "Property" or "Properties").

President and CEO Brett Richards stated: "We are excited to add on this land package through the Option Agreement with White Metal.  As illustrated in Figure 1.0, the Properties are adjacent to our north-eastern property claims in the Coldstream and Iris Lake area.  As we have suggested in the past, and with the interpretation of the airborne geo-physical VTEM survey conducted in 2021; there is a strong correlation through Coldstream and Iris Lake towards the Properties, that suggest this strike length is contiguous." 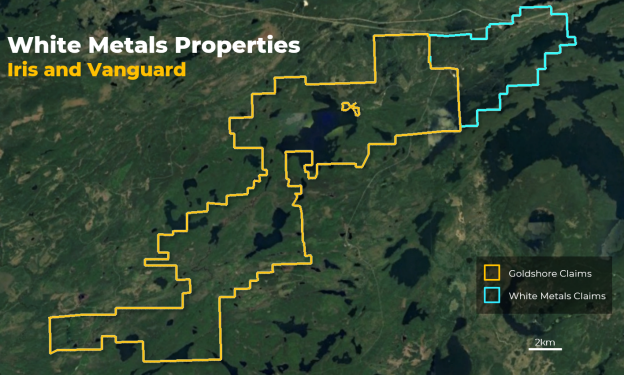 For a larger more detailed map of the White Metal's properties, please refer to:

Goldshore has decided to temporarily scale back its drilling program from 7 rigs to 2 rigs in an effort to preserve capital in this uncertain and volatile capital market environment.  The Company has also evaluated all possible cost containment and cost control measures to assist in this regard, and are reducing costs wherever possible. This decision to slow drilling production may affect Goldshore's ability to complete its planned 100,000m drill program in 2022, as previously planned, but does not change the strategy or management's view on the Moss Lake Project.  The Company will continue to monitor all market conditions, as well as its ability to execute on its objectives going forward.

Goldshore is an emerging junior gold development company, and owns the Moss Lake Gold Project located in Ontario. Wesdome is currently a strategic shareholder of Goldshore with an approximate 27% equity position in the Company. Well-financed and supported by an industry-leading management group, board of directors and advisory board, Goldshore is positioned to advance the Moss Lake Gold Project through the next stages of exploration and development.

About the Moss Lake Gold Project

Moss Lake hosts a number of gold and base metal rich deposits including the Moss Lake Deposit, the East Coldstream Deposit (Table 1), the historically producing North Coldstream Mine (Table 2), and the Hamlin Zone, all of which occur over a mineralized trend exceeding 20 km in length. A historical preliminary economic assessment was completed on Moss Lake in 2013 and published by Moss Lake Gold1. A historical mineral resource estimate was completed on the East Coldstream Deposit in 2011 by Foundation Resources Inc2,3. In addition to these zones, the Moss Lake Gold Project also hosts a number of under-explored mineral occurrences which are reported to exist both at surface and in historically drilled holes. The Moss Lake Deposit is a shear-hosted disseminated-style gold deposit which outcrops at surface. It has been drilled over a 2.5 km length and to depths of 300 m with 376 holes completed between 1983 and 2017. The last drilling program conducted in 2016 and 2017 by Wesdome, which consisted of widely spaced holes along the strike extension of the deposit was successful in expanding the mineralized footprint and hydrothermal system 1.6 km to the northeast. Additionally, the deposit remains largely open to depth. In 2017, Wesdome completed an induced polarization survey which traced the potential extensions of pyrite mineralization associated with the Moss Lake Deposit over a total strike length of 8 km and spanning the entire extent of the survey grids.

The East Coldstream Deposit is a shear-hosted disseminated-style gold deposit which locally outcrops at surface. It has been drilled over a 1.3 km length and to depths of 200 m with 138 holes completed between 1988 and 2017. The deposit remains largely open at depth and may have the potential for expansion along strike. Historic drill hole highlights from the East Coldstream Deposit include 4.86 g/t Au over 27.3 m in C-10-15.

The historically producing North Coldstream Mine is reported to have produced significant amounts of copper, gold and silver4 from mineralization with potential iron-oxide-copper-gold deposit style affinity. The exploration potential immediately surrounding the historic mining area is not currently well understood and historic data compilation is required.

The Hamlin Zone is a significant occurrence of copper and gold mineralization, and also of potential iron-oxide-copper-gold deposit style affinity. Between 2008 and 2011, Glencore tested Hamlin with 24 drill holes which successfully outlined a broad and intermittently mineralized zone over a strike length of 900 m. Historic drill hole highlights from the Hamlin Zone include 0.9 g/t Au and 0.35% Cu over 150.7 m in HAM-11-75.

Peter Flindell, MAusIMM, MAIG, Vice President – Exploration of the Company, a qualified person under NI 43-101 has approved the scientific and technical information contained in this news release.

Neither the TSXV nor its Regulation Services Provider (as that term is defined in the policies of the TSXV) accepts responsibility for the adequacy or accuracy of this release.

Forward-looking statements in this news release include, among others, statements relating to expectations regarding the exploration and development of the Moss Lake Gold Project or the Properties, an update to the historical resource at the Moss Lake Gold Project, and other statements that are not historical facts. By their nature, forward-looking statements involve known and unknown risks, uncertainties and other factors which may cause our actual results, performance or achievements, or other future events, to be materially different from any future results, performance or achievements expressed or implied by such forward-looking statements. Such factors and risks include, among others: the Company may require additional financing from time to time in order to continue its operations which may not be available when needed or on acceptable terms and conditions acceptable; compliance with extensive government regulation; domestic and foreign laws and regulations could adversely affect the Company's business and results of operations; the stock markets have experienced volatility that often has been unrelated to the performance of companies and these fluctuations may adversely affect the price of the Company's securities, regardless of its operating performance; and the impact of COVID-19. 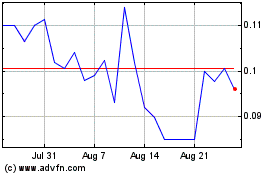 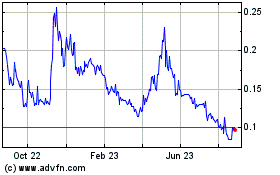 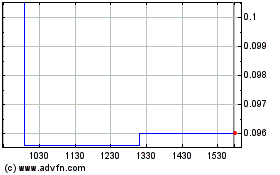