The Switzerland-based, London-listed company said it had tapped Gary Nagle, a senior deputy who currently runs the company's coal industrial assets, for the top job.

A successor to one-time-fugitive Marc Rich at the company that would become Glencore, Mr. Glasenberg transformed it from a privately held trading house into the largest coal marketer in the world. An unapologetic promoter of coal, he continued to ramp up that business despite a growing backlash from governments, regulators and eventually investors, who criticized the fossil fuel's contribution to climate change.

In the past few years, however, even Mr. Glasenberg began to shift away from a focus on coal, emphasizing Glencore's big position in commodities key to building electric cars and renewable energy infrastructure, like nickel, copper and cobalt. The announcement of Mr. Glasenberg's retirement came on a day when the company also said it planned to reduce its emissions to net zero by 2050. That will partly be possible, the company said, because of its depleting reserves of coal.

Mr. Glasenberg said he is handing off a company better positioned than others to take advantage of this energy shift. "No one has a portfolio of this mix to meet the energy demands of the future," he told reporters Friday.

Two years ago, he started to lay out a timeline for when he might stand down and more recently suggested his retirement was approaching.

Mr. Nagle, 45, currently based in Australia, plans to move to Switzerland in the new year to work on the transition to new leadership, Glencore said. He was widely seen as one of the front-runners to succeed Mr. Glasenberg.

"Gary has worked with me for 20 years and has great capability," Mr. Glasenberg said in an interview. He told journalists he intends to hold on to his large personal stake in Glencore, but he ruled himself out of taking on the role of chairman. He said he would no longer sit on the board, where he said he could overshadow Mr. Nagle.

Tyler Broda, an analyst at RBC Capital Markets, said in a note that Mr. Glasenberg's departure "should allow for a more bold approach from management to tackle some of the challenges that have crept into the investment case in recent years." He wrote the shift could portend a spinout of Glencore's coal business.

Mr. Glasenberg said his successor had two key decisions to make: what to do with Glencore's coal-mining operations and when to press ahead with boosting production of various other metals key to renewable-energy infrastructure, like copper and nickel. He said there could come a time when investors become so reluctant to invest in coal miners that Glencore has to spin off or sell its coal operations. For now, Glencore said it is sticking by its plan to run its current mines until they deplete.

Coal accounts for around 5% of Glencore's revenue and 10% of its earnings before interest, tax, depreciation and amortization, according to analysts at Jefferies Group LLC. That is down from about 30% of earnings in 2018, before coal prices slumped.

Shares in Glencore finished more than 3% higher Friday in London.

Founded as Marc Rich & Co. in 1974, Glencore initially traded metals, minerals and crude oil. The U.S. attorney's office in Manhattan would eventually indict Mr. Rich, partner Pincus Green and the company on 65 counts, including buying oil from Iran during the 1979 hostage crisis.

Mr. Rich and Mr. Green were later pardoned by President Bill Clinton. The company became known as Glencore after Mr. Rich sold his stake in the early 1990s.

After being named CEO in 2002, he built a reputation for being one of the mining industry's most astute deal makers. When he took Glencore public, he became a billionaire on paper. Mr. Glasenberg still owns a 9.1% stake in Glencore worth about $3.8 billion, according to data provider FactSet.

His hard-charging approach, and his large equity holding, kept Mr. Glasenberg at the helm of Glencore through a crash in commodity prices in 2015, even as other mining executives were pushed out. That year, Glencore suffered a one-day stock crash of about 30% that sparked concerns about the firm's debt-laden balance sheet. Critics pointed to Mr. Glasenberg's risky bets in Congo and elsewhere, as well as the 2013 deal with Xstrata, as major causes for the firm's troubles.

A cost-cutting campaign over the following years, helped by a rebound in commodities, repaired Glencore's finances, and Mr. Glasenberg's reputation.

In more recent years, Glencore has come under fresh scrutiny from U.S. authorities. It said in July 2018 that it had received a subpoena from the U.S. Justice Department, demanding records related to its compliance with American antibribery and money-laundering laws in Congo, Nigeria and Venezuela. 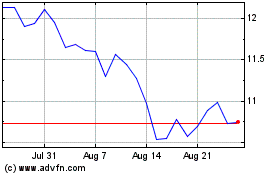 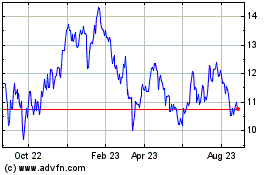 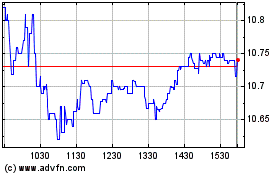