STOCKHOLM--Volvo Car Corp. and Geely Automobile Holdings Ltd. said Wednesday that they have decided against a previously touted merger, instead favoring a broad collaboration to share technology and deliver synergies.

"This brings all the benefits of a merger without the disadvantages that could come. It's the best outcome for Geely cars but also for Volvo," said Volvo Cars Chief Executive Hakan Samuelsson.

Talks over a potential combination of the auto makers--both of which are owned by billionaire Li Shufu's investment fund Zhejiang Geely Holding Group--were announced a year ago. Had the plan been approved, the combined company was expected to be listed in Hong Kong and possibly Stockholm.

Mr. Samuelsson said an initial public offering for Volvo remains an option, but it isn't something the company has made a decision on.

The collaboration with Geely Automobile will see the companies combine their powertrain operations into a new standalone company which will provide internal combustion engines, transmissions, and next-generation dual-motor hybrid systems for use by both companies as well as other manufacturers.

The agreement will also see Volvo Cars and Geely Automobile expand the use of shared modular architectures for electric vehicles, enhance their collaboration in autonomous and electric drive technologies and combine for joint procurement to cut purchasing costs.

Both companies will retain independent corporate structures but the collaboration will be overseen by a new governance model, supported by Geely Holding, the lead shareholder in both companies. 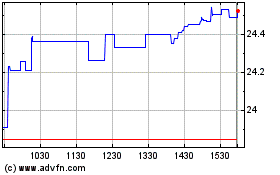