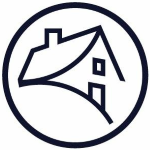 2.11
-0.02 (-0.94%)
Upgrade to Real-Time
Market Closed
2.11
Current Report Filing (8-k)
March 02 2021 - 04:02PM
Edgar (US Regulatory)
X10000310522falseFEDERAL NATIONAL MORTGAGE ASSOCIATION FANNIE MAE00003105222021-02-262021-02-26
UNITED STATES
SECURITIES AND EXCHANGE COMMISSION
Washington, DC 20549
FORM 8-K
CURRENT REPORT
Pursuant to Section 13 or 15(d) of The Securities Exchange Act of 1934
Date of Report (Date of earliest event reported): February 26, 2021
Federal National Mortgage Association
(Exact name of registrant as specified in its charter)
Fannie Mae
Check the appropriate box below if the Form 8-K filing is intended to simultaneously satisfy the filing obligation of the registrant under any of the following provisions (see General Instruction A.2. below):
Securities registered pursuant to Section 12(b) of the Act:
Indicate by check mark whether the registrant is an emerging growth company as defined in Rule 405 of the Securities Act of 1933 (§203.405 of this chapter) or Rule 12b-2 of the Securities Exchange Act of 1934 (§240.12b-2 of this chapter).
If an emerging growth company, indicate by check mark if the registrant has elected not to use the extended transition period for complying with any new or revised financial accounting standards provided pursuant to Section 13(a) of the Exchange Act.      ☐
Item 5.02 Departure of Directors or Certain Officers; Election of Directors; Appointment of Certain Officers; Compensatory Arrangements of Certain Officers.
Appointment of New Directors
On February 26, 2021, Christopher Brummer and Simon Johnson were appointed to the Board of Directors of Fannie Mae (formally, the Federal National Mortgage Association), effective as of that date. The Board’s appointment of each of Mr. Brummer and Mr. Johnson is until the earliest of: (1) the third anniversary of the effective date of his appointment while Fannie Mae is in conservatorship; (2) the date on which he resigns or is removed by the conservator while Fannie Mae is in conservatorship; or (3) the date on which his successor is elected at an annual meeting of stockholders in accordance with the Bylaws.
As of the date of this filing, the Board committees on which Mr. Brummer and Mr. Johnson will serve have not been determined.
Christopher Brummer
Mr. Brummer, age 45, is the Faculty Director of the Institute of International Economic Law and Agnes N. Williams Professor of Law at the Georgetown University Law Center, where he began teaching in 2009. Prior to that time, he served as an assistant professor of law at Vanderbilt Law School from 2006 to 2009 and as an academic fellow at the Securities and Exchange Commission’s Office of International Affairs from 2008 to 2009. Prior to his position at Vanderbilt, Mr. Brummer was an attorney in private practice in New York and London from 2004 to 2006. Mr. Brummer is the founder of DC Fintech Week, a public policy conference on finance and technology, a co-founder of the Fintech Beat podcast and newsletter for CQ Roll Call, and the author of a number of publications. He is currently a nonresident senior fellow for the Atlantic Council’s GeoEconomics Center, a member of the Commodity Futures Trading Commission’s Subcommittee on Virtual Currencies, an advisory council member for the Alliance for Innovative Regulation and an advisory group member for the Digital Dollar project. Mr. Brummer served as a member of the Biden-Harris Presidential Transition Team from October 2020 to January 2021, a member of the Financial Innovation Standing Committee of the European Securities and Markets Authority (ESMA) Consultative Working Group from February 2019 to December 2020, a member of Nasdaq delisting panels from 2010 to 2016, a senior fellow for the Milken Institute’s Center for Financial Markets from 2011 to 2017, and a member of FINRA’s National Adjudicatory Council from 2013 to 2015.
Based on its review of the relevant facts and circumstances, Fannie Mae’s Board of Directors determined that Mr. Brummer is an independent director.
Simon Johnson
Mr. Johnson, age 58, has served as a professor at the MIT Sloan School of Management since 1997. He is currently the Ronald A. Kurtz Professor of Entrepreneurship and head of the Global Economics and Management Group at the MIT Sloan School of Management. Mr. Johnson is also currently a research associate for the National Bureau of Economic Research, a private nonpartisan organization that facilitates cutting-edge investigation and analysis of major economic issues. Mr. Johnson was a member of the Center for a New Economy’s Growth Commission on Puerto Rico from January 2017 to June 2019, a member of the Financial Research Advisory Committee of the U.S. Department of the Treasury’s Office of Financial Research from 2014 to December 2016, where he chaired the Global Vulnerabilities Working Group, a member of the Federal Deposit Insurance Corporation’s Systemic Resolution Advisory Committee from 2011 to December 2016, a member of the Congressional Budget Office’s Panel of Economic Advisers from 2009 to 2015, a senior follow at the Peterson Institute for International Economics from 2008 to November 2019, and Chief Economist at the International Monetary Fund from 2007 to 2008. He is currently a member of the Systemic Risk Council, a public interest group that monitors progress on the implementation of financial reforms, an advisory board member for the Institute for New Economic Thinking, and an advisory board member for Intelligence Squared. Mr. Johnson is the co-founder of Baselinescenario.com and the author of numerous publications.
Based on its review of the relevant facts and circumstances, Fannie Mae’s Board of Directors determined that Mr. Johnson is an independent director.
Director Compensation
Mr. Brummer and Mr. Johnson each will be paid compensation as a director as described in our annual report on Form 10-K for the year ended December 31, 2020, filed with the Securities and Exchange Commission on February 12, 2021, under the heading “Executive Compensation—Compensation Tables and Other Information—Director Compensation,” which description is incorporated herein by reference.
Indemnification Agreements
Fannie Mae is entering into an indemnification agreement with each of Mr. Brummer and Mr. Johnson, the form of which was filed as Exhibit 10.3 to our annual report on Form 10-K for the year ended December 31, 2018, filed with the Securities and Exchange Commission on February 14, 2019.
SIGNATURES
Pursuant to the requirements of the Securities Exchange Act of 1934, the registrant has duly caused this report to be signed on its behalf by the undersigned hereunto duly authorized.
Date: March 2, 2021 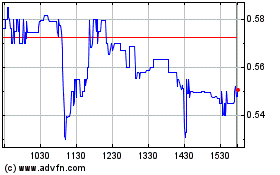