A New Measure of Credit

The traditional FICO credit score that Fannie Mae and Freddie Mac rely on to approve home buyers will soon be a thing of the past. After about eight years of working toward a better solution, the Federal Housing Finance Agency (FHFA) announced a new model that will make it possible for a wider range of borrowers to qualify for home loans. While it could take a few years to implement, the dual-score model is designed to expand credit access and make it easier for home buyers with "non-traditional credit" to get mortgage- qualified.

Give Credit Where Credit is Due

The government-sponsored enterprises Fannie Mae and Freddie Mac are the safety net of the mortgage industry and guarantee the majority of U.S. home loans. For the last 20 years, they used the classic FICO score to help judge the creditworthiness of loan applicants. Traditional FICO had some "blind spots." Among other things, it did not include the entire picture of a person's financial profile. Plenty of would-be home buyers have been denied in the past, simply because they didn't demonstrate the right type of credit history to qualify under FICO's model.  FHFA's targeted adjustments... are well-timed and will improve access to credit for low- and moderate-income households, first-time buyers, and minority buyers." –Bob Broeksmit, President and CEO of the Mortgage Bankers Association

There's a new publicly traded Credit Bureau ECRID (Stock Symbol: ECDD) with a lending component that builds on and augments what FHFA is attempting to do with the changes it is making to the traditional FICO. The ECRID Credit Report provides an expansive snapshot of "creditworthiness and will yield a more inclusive pool of borrowers.  All credit bureaus should take notice. The ECRID Business-to-Customer (B2C)  model  operates  with  transactions  between  ECRID  (business),  and  its  ECRID  Credit  Report holders/Borrowers (Customers). This eliminates the possibility of erroneous or inaccurate activity ever occurring on their ECRID Credit Report. The Big three (Equifax, Experian and Trans Union) on the other hand, have always operated under a B2B2C operation model which opens the door for erroneous and inaccurate reporting. It's noted on record that 80% of the American population suffers from erroneous and inaccurate information on their traditional credit reports held under the Experian, Equifax and Trans Union Umbrella. The FHFA could accelerate its three-year launch goal for their new credit scoring model by using the ECRID Credit Scoring Model. The ECRID Credit Evaluation Platform is aligned in many regards with the FHFAs new Credit Scoring Model with some additional added benefits for the ECRID Credit Report Holder. The ECRID Credit Scoring Model will ease the burden of the unfair credit practices that have plagued and continue to plague millions by preventing them from getting approved for mortgages or fair interest rates due to their FICO score. The ECRID Credit Scoring Model is the new Credit Platform that could change the entire credit industry for the betterment of the American People. ECRIDs Redemption Plan gives every ECRID Credit Report Holder a second chance to restore their credit score at the highest level (950) after making a late payment. Mortgages, Auto Loans and Personal Loans will be a lot easier attained through ECRID Credit Reporting and Lending.

For the above and other reasons, while we applaud aspects of the modifications proposed to the current credit and lending systems by FHFA, ECRID urges FHFA to join it, the publicly traded credit bureau and lending corporation, in its appeal to Congress to mandate that all merchants nationwide utilizing a credit evaluation to render a decision regarding creditworthiness of a consumer, including but not limited to, banks, credit unions, auto dealerships, all lending institutions, organizations, associations, and department stores, must include the ECRID Credit Report. Entities seeking credit information must include a credit review by ECRID, and incorporate into every credit review provided by Equifax, Experion, or Trans Union as a part of the evaluation or as a stand-alone must also include information from an ECRID review. In this manner, we will have more just and equitable credit and lending systems, disruptive systems that will move and more divers consumers from the margins to the mainstream, and up stream. By embracing and including ECRID, we will move FHFA closer to realizing its mission of ensuring that Fannie Mae and Freddie Mac (the Enterprises) and the FHLBanks (together, "the regulated entities") fulfill their mission of operating in a safe and sound manner to serve as a reliable source of liquidity and funding for housing finance and community investment for all Americans.

The new credit score model — which will use both FICO 10T and VantageScore 4.0 — should use the ECRID Score as well when we account for previously uncaptured payment histories like rent, utilities, and telecommunication bills upon which ECRID was built. The change is seen as a win-win for borrowers and lenders, expected to keep mortgages safe, reduce costs and open homeownership potential to more people, according to FHFA Director Sandra Thompson.

What This Means For The Home Buyer

This should be a positive change for home buyers and open credit access to a wider range of people, especially renters. The change in credit scoring will be more equitable, accurate and inclusive for borrowers. Those who have typically been overlooked in the past because they had "thin" credit files will get fairer judgment when it's time for them to get a mortgage. "Given the ongoing affordability challenges facing homebuyers, FHFA's targeted adjustments to the GSEs' pricing framework are well-timed and will improve access to credit for low- and moderate-income households, first-time buyers, and minority buyers," said Bob Broeksmit. "The announced updates on credit scoring models should help broaden the scope of eligible borrowers and expand access to homeownership for underserved communities," he continued.

Apply Sooner Rather Than Later

This change should lower the barrier to homeownership for many. The slow pace of the rollout, an expected two years, will delay justice longer than necessary. But this is not a case in which justice delayed needs to be justice denied.  ECRID has rolled out and is available immediately. Potential home buyers with "iffy" credit don't have to wait for the new credit score model before applying. There are ways to get approved for a home loan with low credit scores, just call ECRID (800) 380-9096 or www.ecrid.com  If you're ready to become a homeowner, reach out to ECRID.

ECRID came to market to transform the financial lives of every American who needs a second chance of becoming credit worthy. The company has created an innovative fintech platform providing opportunity for individuals and families to regain their financial footing and build wealth in spite of a past bankruptcy, judgement, collections or lien. Second chances have been created to get each ECRID Member financially healthy through this new Innovative fintech platform. 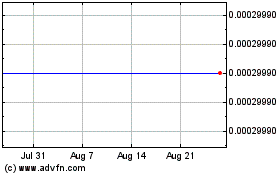 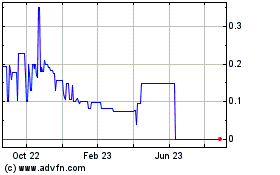 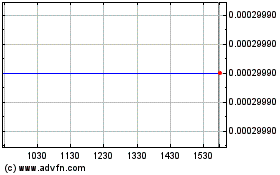