Daimler AG on Friday increased the margin targets for its Mercedes-Benz and Mobility divisions for the year, after profit and revenue increased in the first quarter.

The German premium car maker's net profit for the quarter soared to 4.29 billion euros ($5.16 billion), from EUR94 million a year earlier. Revenue for the quarter rose 10% to EUR41.02 billion. Daimler said it benefited from tailwinds in China, a strong product mix and favorable pricing.

It confirmed previously released preliminary figures, with earnings before interest and taxes of EUR5.75 billion and adjusted EBIT of EUR4.97 billion.

On the back of the quarterly results, Daimler raised its margin outlook for the year for the Mercedes-Benz Cars & Vans and Daimler Mobility divisions. Now, it expects adjusted return on sales of 10%-12% for the Mercedes-Benz division, compared with 8%-10% previously, and an adjusted return on equity of 14%-15% at its mobility division, compared with 12%-13% prior.

It backed its group outlook for 2021 of sales, revenue and EBIT significantly above the prior-year level and its margin guidance for the Daimler Trucks & Buses division. 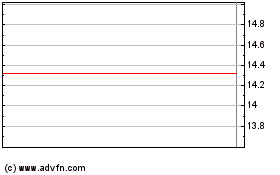