Clean Vision Corp. stock (OTC Pink: CLNV) shares are surging, trading higher by more than 108% to $0.042 since August 18th. intraday on Monday. The impressive jump s comes after positive company coverage and news of a new patent filing to cover waste-to-energy IP for its Clean-Seas, Inc. subsidiary. Shares appear poised to trend higher toward their 52-week highs of $0.23. While there is still a gap to fill before getting there, the momentum at this point is on CLNV’s side.

That’s especially true with CLNV and its subsidiaries advancing potentially best-in-class solutions targeting global market waste-to-energy opportunities. Current deals include at least one in the US Cape Cod, Mass.) and several in Asia and Ecuador. In fact, although CLNV is putting together some potentially lucrative deals overseas, its recent proposal to finance and construct a commercial-scale waste plastic-to-energy pyrolysis plant in Cape Cod is getting significant attention.

Rightfully so. Cape Cod’s water-based economy is enormous, generating revenues through tourism, commercial and recreational fishing, and aquaculture. The industry is so crucial to the state that its Chamber of Commerce created the Blue Economy Project to encourage sustainable, manageable, and responsible growth in the region. A big part of that initiative is for Cape Cod to figure out how to dispose of or utilize more than 600,000 tons of plastic waste per year. The Cape alone contributes more than 40,000 tons of waste plastic per year to that total.

For CLNV, Cape Cod’s waste can be their gain. 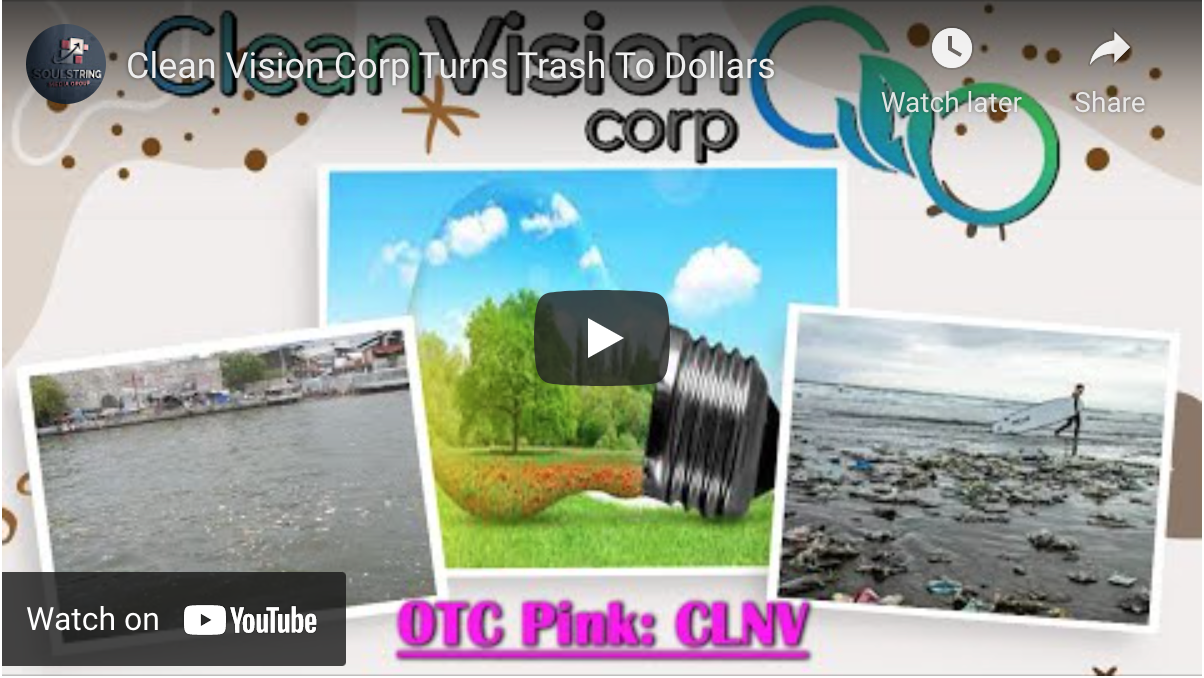 By Clean-Seas’s own estimates, 40,000 tons of plastic waste in that area could be converted to over 5 million gallons of ultra-low-sulfur diesel. In dollar terms to CLNV, that translates to roughly $10 million annually. Further, while a small enough deal to keep many of its largest competitors away, it’s indeed a lucrative opportunity for CLNV. Moreover, providing a solution is a win for Cape Cod as well.

Better still, Cape Cod is actively seeking help, even incentivizing companies to handle the waste by starting to pay a tipping fee of nearly $100 per ton to transport municipal solid waste, particularly waste plastic, elsewhere. CLNV also answered Cape Cod’s request for proposals to solve its waste plastic problem, meaning the Cape is ready to solve these matters sooner rather than later.

Most importantly, following a global movement of eco-friendly and sustainable practices, their interest lay in converting waste plastic into green energy. And, the excellent news there is that CLNV’s Clean Seas subsidiary may be positioned to answer that call through its pyrolysis recycling technologies. For investors and Cape Cod, CLNV may be offering a win-win proposition.

Perhaps best of all, at roughly $0.042 per share, CLNV represents an inexpensive way for investors to get exposure to billion-dollar global waste-to-energy market opportunities. By the way, they have some financial backing behind them as well.

Last month, CLNV announced its Clean-Seas subsidiary entered into a joint venture with Roselle Capital to develop and deploy its revolutionary pyrolysis technology in Asia. Like its deal in the US, CLNV is leveraging its cutting-edge technology to transform plastic waste into valuable commodities and clean energy there too.

Roselle Capital can accelerate the mission. They specialize in arranging strategic deals between Asian and Western companies, providing CLNV assets a chance to compete with local companies. Currently, a substantial project is directed toward expanding Sabah Wellness Place, a self-sustaining medical facility that will use green energy and value-added plastic waste conversion. Clean-Seas and CLNV, with Roselle’s push, believe their pyrolysis recycling technology could become an essential inclusion to that project.

Moreover, that deal brings inherent project expansion opportunities. Within the definitive JV agreement, Roselle requested that Clean-Seas develop proposals to implement its pyrolysis technology for Malaysia and Georgia for installation in additional Sabah Wellness Place clinics and elsewhere in those countries. Hence, it could be just the first of several more deals to come.

Already, though, ambition is getting ready to turn into dollars, with Clean-Seas submitting proposals to the Malaysian and Georgia governments to lead to definitive services engagements. And for those worried about the financing aspect of these potential deals, don’t. Upon the Clean-Seas’ proposals being accepted, Roselle will provide financing for the projects, with the two parties sharing the projects’ profits equally.

Also notable, the 3R Declaration of Asia Mayors in 2018 is committed to enforcing a complete ban of illegal disposal of plastics in eco-sensitive or eco-fragile areas in that region. That includes tourist areas close to oceans, rivers, lakes, wetlands, other water bodies, and mountains. Thus, the opportunities extending into the Asia markets can be substantial as well. They, too, can be near-term.

Several other deals are in play as well.

Its work in Asia isn’t the only engagement made by CLNV assets. CLNV subsidiary, Clean-Seas, is also expanding its presence in Ecuador to provide waste management services into the city of Santa Elena. That deal extends CLNV’s subsidiary reach, adding to other agreements made with the towns of Naranjal and Milagro. The excellent news for CLNV long-term is that all have committed to long-term Municipal Solid Waste (MSW) feedstock agreements to support deploying Clean-Seas’ pyrolysis technology. These public-private joint venture partnerships, which deploy a pyrolysis waste plastic-to-energy processing plant, are expected to start in the first part 0f 2022. Trading ahead of that potentially significant revenue stream may be a wise consideration.

After all, project estimates reach upwards of $100 million in capital expenditures, which CLNV believes can generate about $13.5 million annually for its subsidiaries. Those revenues would result from its finally commissioned Santa Elena facility, which expects to process roughly 200 tons of MSW per day. From an ROI perspective, CLNV expects the project payback period to be three years or less.

Of course, past the enormous positive impact on the environment, investors are mostly interested in profits. CLNV has that in its crosshairs. In fact, CLNV has provided consistent visibility into its planned growth, especially for how it plans to leverage its subsidiary’s strength to expand opportunities in Ecuador, Asia, and the US.

That effort isn’t a one-company show, either. Clean Vision Corp is interested in merger and acquisition (M & M&A) opportunities, looking for companies specializing in sustainable and environmentally friendly technology. Its mission to find accretive value is driven by the “3 P’s” – People, Planet, Profit. And CLNV uses that quantitative approach to evaluate potential acquisitions that must have an inherent means to add value through consultancy services, entry into new vertical markets, and the fuel to accelerate the commercialization of its products and services.

Indeed, there’s no shortage of business, putting CLNV in the right markets at the right time. And with the planet facing more and more environmental crises, alternative energy sources and other green technologies have emerged as one of today’s most important sectors. Also, factoring in the pace of the global markets moving away from a carbon-based economy, CLNV and its current and future assets are positioned to appreciate substantially in the coming weeks, quarters, and years.

How they earn that value is straightforward. They leverage assets. So far, its subsidiary interests are driving the value proposition.

Its first, Clean-Seas, Inc., specializes in the conversion of waste plastics into clean-burning fuels. Established in 2019 and now 100% owned by CLNV, its mission is to develop improved plastic recycling technologies to reduce the amount of waste that flows into the world’s oceans.

Clean-Seas, Inc. is up to the challenge and is already confident that its innovative recycling technologies provide better solutions to manage the global recycling initiative. Indeed, its efforts are not only environmentally friendly. Clean -Seas is simultaneously targeting an estimated $55 billion market opportunity by 2030. And with Clean-Seas having already established operations in three continents, its position to leverage its cutting-edge waste-to-energy recycling technologies to turn trash into dollars has never been better.

100Bio Is Another Value Driver

Its second portfolio asset can also be a revenue-generating game-changer for the company. Established in 2016, 100Bio is focused on developing the world’s first plant-based Styrofoam. To date, the company has received compostability certifications from numerous environmental organizations, recognizing that 100Bio’s plant-based foam is 100% biodegradable, compostable, and contains no toxic chemicals.

Its innovative product contrasts sharply with traditional Styrofoam, which is not biodegradable or effectively recycled. That results in roughly 14 million tons each year landing in a landfill. Despite this, Styrofoam remains a popular packaging choice due to its low cost and lightweight utility. Still, don’t think traditional Styrofoam is getting a pass. It’s not. In fact, it’s in the crosshairs of environmentalists worldwide.

That could bode well for 100Bio, which created a product that maintains the advantages of traditional Styrofoam while being environmentally friendly at the same time. Side by side, its plant-based foam is proving to be an even better option. It can handle more weight, provide more effective insulation, and protect fragile contents from damage while being 100% biodegradable.

Better still, it has IP to back those claims. 100Bio currently has five issued patents to protect its product portfolio, and it has since used its plant-based foam in food-related applications like bowls, plates, cups, and egg cartons. The better news is that 100Bio thinks those applications are only the tip of the marketing channel for 100Bio. Going forward, they expect to leverage its value to exploit further applications, including insulation, agriculture, and sports.

Even better from an investor’s perspective, 100Bio is now 51% owned by CLNV. Thus, expect potentially massive value to be earned from its best-in-class packaging solutions. As it stands, at $0.042, the markets are entirely ignoring the importance of this billion-dollar market asset.

Further, a sum of its parts calculation exposes even more value inherent to its product and asset portfolio. The potential deal in Cape Cod and those in Asia and Ecuador appear to be going entirely unnoticed. Moreover, the value of having a better alternative to traditional Styrofoam, through 100Bio, can be a revenue-generating game-changer for CLNV later this year and next.

Then investors need to factor in its 100% ownership stake in Clean– Seas, Inc., an asset with financing backing and is already developing deals that target $100 million projects. Combined, the sum total of assets and opportunities puts CLNV in its best position ever to create sustainable shareholder value. Hence, CLNV stock, especially for the long-term investor, may be presenting one of the best opportunities to gain investment exposure to the waste-to-dollars market.

Best of all, deals are in progress. Its M&A activity in high gear and its innovative products and services are positioning worldwide to not only head off an environmental crisis but to also deliver potentially enormous revenues to CLNV through its subsidiary interests.

Thus, at $0.0318 a share, an investment in CLNV could prove to be both environmentally and investor-friendly.

Other stocks on the move include OPTI, OZSC, and CUBV. 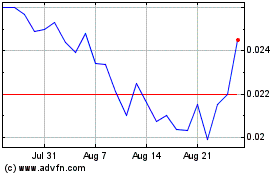 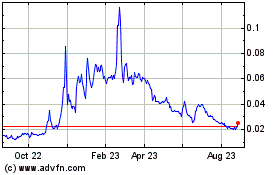 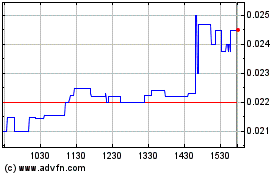