of Incorporation) Identification No.)

Check the appropriate box below if the Form 8-K filing is intended to simultaneously satisfy the filing obligation of the registrant under any of the following provisions (See General Instruction A.2 below):

If an emerging growth company, indicate by check mark if the registrant has elected not to use the extended transition period for complying with any new or revised financial accounting standards provided pursuant to Section 13(a) of the Exchange Act. ( )

On May 24, 2022, Suneetha Nandana Silva Sudusinghe (owner of 12,400,000 shares of common stock and 5,000,000 shares of preferred stock, representing 50.43 of the total common stock of the Company) sold these shares to Scott Mcalister for the sum of $450,000 (see Exhibit 2.1 attached hereto). At the same time, the Company acknowledges, transfers, assigns and conveys to Okie, LLC (“Assignee”) and all of its successors the total amount of $135,000 in the aggregate due under various loans agreement to the Assignee’s described as follows (see Exhibits 2.2 through 2.5 attached hereto):

ITEM 5.01 CHANGES IN CONTROL OF REGISTRANT.

As a result of the transaction described in Item 1.01 above, control of the Company has changed from Mr. Sudusinghe to Mr. Mcalister. There are no arrangements or understandings among the former and the new control person and their associates with respect to election of directors or other matters.

Scott Mcalister, age 41, is an entrepreneur who has led a number of successful startups ranging from building and development to real estate and entertainment over the last 20 years.  His building and development background, the employee teams who surround him and fundamental business practices have been a key part in a history of successful execution, management and operations of his businesses. Mr. Mcalister was the owner of SWM Builders, LLC, a commercial real estate developer, from 2005 to 2017. From 2017 to the present, he has been the owner of SWM Contractors, Inc., a commercial real estate developer. Mr. Mcalister is a licensed general contractor in Florida. He received his Bachelors Degree in Psychology in 2000 from University of North Florida, Jacksonville, Florida.

John Carlin, age 66, served as the chief executive officer of Bitcoin Alley from 2021 to 2022, and principal of Carlin Homes LLC, a home builder, from 2016 to 2021. During the period of 2011 to 2016, he was vice president of Tennessee Valley Authority. Mr. Carlin was vice president-Nuclear of Constellation Energy, which offers natural gas, electricity, solar through Sunrun in six states, plus Washington, D.C., and renewable energy plans, from 2005 to 2011. Mr. Carlin received his Bachelor of Science degree in general science from State University of New York and his Masters of Business Administration from National University in 1988. He hold a Senior Reactor Operator Certification (BWR and PWR) and Institute of Nuclear Power Operations Senior Nuclear Plant Manager Program, and participated in the U.S. Navy Nuclear Power Training Program in 1977.

Mr. Carlin’s background includes over four decades of experience in the field of power generation. He started his career in the U.S. Navy Nuclear Propulsion Program. In his career, Mr. Carlin held governance and oversight responsibilities at the fleet and site level for all aspects of operations, engineering, business operations, physical security, cybersecurity, information technology, regulatory affairs as well as direct management of over $8B in major projects.

Robert J. Carlin, age 62 has served (from January 2010 to the present) as an independent business consultant providing investment banking and compliance consultancy. For the period of August 2016 to the present, he has also served as an equipment specialist focused on capital equipment. Mr. Carlin received his bachelor's degree in business administration from Virginia Commonwealth University, Richmond, Virginia.

There are no transactions with related persons, promoters and certain control persons.

There is no family relationship between any director, or person nominated or chosen by the to become a director or executive officer.

Exhibits included are set forth in the Exhibit Index pursuant to Item 601of Regulation S-K.

Pursuant to the requirements of Section 13 or 15(d) of the Securities Exchange Act of 1934, the Registrant has duly caused this report to be signed on its behalf by the undersigned, thereunto duly authorized. 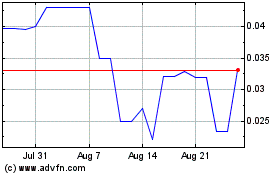 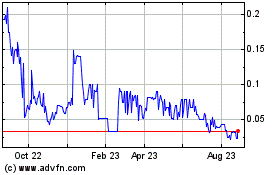 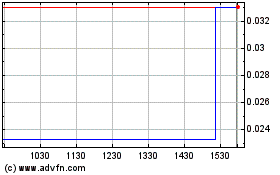