The agreement has been made with mining land lease and mineral rights owners, "Florest Vale Agroindustrial Ltda Epp," a Brazilian Corporation that owns the land lease, mineral rights, current permits and mining operations.

The operational company (Florest Vale) while mining and processing Copper on the 50 acre mine facility recently discovered several significant seams of Gold while drilling test bores for the copper. Florest Vale's President J. Hooper announced the company believes more seams are underlying and estimates the current Gold discovery value to be in the region of $80M at today's bulk wholesale prices.

Cal-Bay has been in negotiations with the company for several months with the intent of Joint Venture ownership operations in FV's currently owned Manganese Mines in Brazil. The FV Copper & Gold agreement is the first transaction that has been contracted under the terms of an LOI.

The terms of Cal-Bays JV ownership in the 50 acre facility will be announced publicly when the Definitive agreement has been signed, which is expected to be fully consummated in May 2012. As part of the agreement Cal-Bay did disclose the company has agreed to raise an initial $3M for the Joint Venture operation to provide updated mining and processing equipment along with upgraded onsite security requirements now the Gold mining process will becoming operational.

ABOUT CAL-BAY INTERNATIONAL: Primarily a Residential & Commercial Real-Estate acquisition and development company, Cal-Bay plans to continue the acquisition of distressed and undervalued residential and commercial real estate along with land acquisitions. The land and commercial properties being primarily for use by its own subsidiary companies for the production of "Clean Energy & Power Technologies and Energy Saving Solutions" creating a multi-level revenue center for the company and its Investors. More Information will be available on the company website currently operational and under ongoing development. www.calbayinternational.net 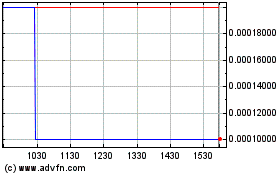