European plane maker Airbus SE is close to securing a deal for around 50 aircraft from a Nigerian startup airline that previously announced plans to buy Boeing Co. 737 MAX jets, according to people familiar with the plans.

The deal between Airbus and Green Africa Airways could be announced as soon as Thursday, one of the people said. The carrier would buy Airbus A220 planes, which seat about 130 passengers.

Boeing in December 2018 announced a commitment from the carrier for 100 737 MAX jets, about two months after the first MAX crashed into the Java Sea near Indonesia. That agreement, which Boeing at the time said was its largest in Africa, came before the 737 MAX fleet was grounded last March after a second fatal crash. The MAX fleet has been idled since as Boeing works on fixes to the plane.

The Chicago-based plane maker has temporarily suspended production of the MAX as it tries to address the technical issues with the jet and gain regulatory approval for it to resume flying. Boeing's new Chief Executive David Calhoun said MAX production could restart before the plane resumes flying in airline service.

Boeing has struggled to win deals for its planes amid the MAX crisis. Order intake last year fell to a 16-year low. The airline booked no new orders last month.

The Nigerian startup airline turned to Airbus amid uncertainty about when it would start receiving its MAX jets to be able to commence service, according to a company executive. Boeing is aware of the change in strategy and has been understanding of the new airline's unique situation, the official said--the problems with the MAX have meant Green Africa has had to postpone its launch.

The Nigerian carrier has support from some heavy hitters from the airline industry. Tom Horton, former chairman and CEO of American Airlines Group Inc., and Virasb Vahidi, American's former chief commercial officer, are backing the carrier. The carrier is run by Babawande Afolabi, who has been trying to set up a Nigerian carrier for more than six years.

Airbus officials in recent months have played down the prospect of taking advantage of Boeing's woes because its A320neo plane, which competes with the MAX, is sold out for years. The deal with the Nigerian carrier highlights, though, that the European plane maker can still benefit from Boeing's troubles. The airline has opted for a small Airbus aircraft that has been less popular with airline buyers.

Boeing didn't immediately respond to a request for comment.

Airbus has separately reached an agreement with Bombardier Inc. to buy out the Canadian manufacturer's remaining stake in the A220 program.

Bombardier will receive $591 million net of adjustments with Airbus increasing its stake in the A220 to 75%. The government of Quebec will own 25% of the program after the transaction, Airbus said in a statement Thursday.

The deal ends Bombardier's involvement in the aircraft it created, formerly known as the CSeries, after delays and cost overruns forced it to initially hand over a majority stake to Airbus in 2018. Airbus has since boosted sales of the jet by 64% to 658 aircraft at the end of January.

It releases Bombardier from its funding commitment that required the company to cover up to $350 million in annual losses over a set period as part of the initial stake sale.

Write to Alison Sider at alison.sider@wsj.com and Benjamin Katz at ben.katz@wsj.com 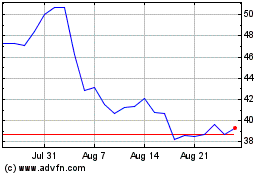 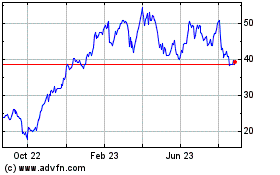 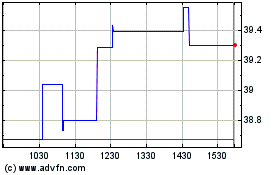