The Company recently conducted a surface sampling program on the Castle Copper Project, located near Princeton BC, and approximately 25 km north of the Copper Mountain Mine.

Copper grades from 24 rock grab samples ranged from a high of 2.2% copper on surface and averaged 0.5% Cu. The sampled area is from a zone of highly fractured and sheared Nicola Group volcanic rocks.

Permitting for the upcoming drill program on the Company's 100% owned Mazama Copper Deposit is continuing, with field work by the US Forest Service having been completed. The Company estimates receiving the permit in the first quarter of 2015.

The permit was delayed by the largest wildfire in Washington State's history, in the eastern Methow Valley. The Mazama Copper Deposit is located in the western part of the Methow Valley, Okanogan County, WA, approximately 25 km south of the Canada/US border in North Central Washington, 143 km northeast of Seattle. Both the Castle Project and Mazama Copper Deposit are situated on the southern extension of the Quesnel Trough copper belt, one of the most prolific copper producing areas in North America.

Quintana Minerals Corp., in 1975, calculated an historical resource* on the Mazama property of 149 million tons grading 0.36% copper and 0.01% molybdenum, or approximately 1 billion pounds of copper. Although historic adits that were explored for gold mineralization are located on the property, no gold assays were reported.

The technical information contained in this news release was reviewed and approved by Paul D. Gray, P. Geo, a qualified person as defined under National Instrument 43-101.

Safe Harbor Statement:
Certain statements in this news release may contain forward-looking information within the meaning of Rule 175 under the Securities Act of 1933 and Rule 3b-6 under the Securities Exchange Act of 1934, and are subject to the safe harbor created by those rules. All statements, other than statements of fact, included in this release, including, without limitation, statements regarding potential future plans and objectives of the Company, are forward-looking statements that involve risks and uncertainties. There can be no assurance that such statements will prove to be accurate and actual results and future events could differ materially from those anticipated in such statements. 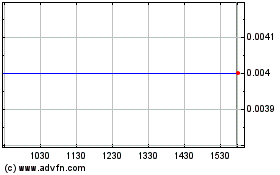