Harvard Apparatus Regenerative Technology, Inc. (NASDAQ: HART), a clinical stage biotechnology company developing regenerated organs for transplant, initially focused on the trachea, today announced the closing of its previously announced underwritten public offering of 2,070,000 registered shares of its common stock, at a price to the public of $1.75 per share, and 695,857 registered shares of its Series B Convertible Preferred Stock (“Series B”) at a price to the public of $8.75 per share. At the option of the investor, the Series B is convertible into five shares of common stock of HART, and will vote with the common stock on all matters on an as-converted basis. The Series B has no preference to the common shares in respect of dividends, voting, liquidation or otherwise. The number of shares of common stock sold in the offering included the underwriters’ full exercise of their over-allotment option of 270,000 shares of common stock.

HART intends to use the net proceeds of approximately $8.6 million from the offering primarily for research and development, including funding pre-clinical and clinical trials relating to the HART-Trachea, business development, sales and marketing, capital expenditures, working capital and other general corporate purposes.

The securities described above were issued pursuant to a shelf registration statement (File No. 333-200926), which was declared effective by the United States Securities and Exchange Commission (“SEC”) on December 29, 2014. A final prospectus supplement and accompanying base prospectus relating to the offering has been filed with the SEC.

Copies of the final prospectus supplement and the accompanying base prospectus may be obtained by contacting National Securities Corporation at the following address:

Investors may also obtain these documents for no charge by visiting the SEC's website at www.sec.gov.

Harvard Apparatus Regenerative Technology makes regenerated organs for transplant. Our first product, the HART-Trachea, is intended to replace or repair a trachea that has been severely damaged by either trachea cancer or physical trauma. Our HART-Trachea technology has been used in six human trachea transplants to date approved under compassionate use exemptions, but none of our products are yet approved by a government regulatory authority for marketing. On November 1, 2013, HART was spun-off from Harvard Bioscience. The trademark “Harvard Apparatus” is used under a sublicense agreement with Harvard Bioscience, who has licensed the right to use such trademark from Harvard University. 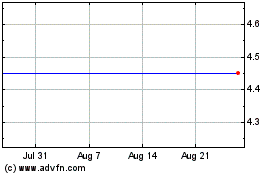 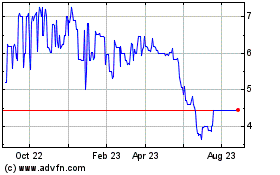