Clean Vision Corp’s (OTC Pink: CLNV) is hard at work. More so than when we last covered them earlier this month. And the message is more of the same- growing its client count and pushing its subsidiaries to develop best-in-class solutions for sustainable technologies. Its latest announcement says they are doing just that.

On Tuesday, CLNV announced that its wholly-owned Clean-Seas subsidiary has joined the Cape Cod Chamber of Commerce, following up upon its proposal to finance and construct a commercial-scale waste plastic-to-energy pyrolysis plant. It’s a smart move.

Cape Cod’s water-based economy generates revenues through attractions such as tourism, commercial and recreational fishing, and aquaculture, leading the Chamber to create the Blue Economy Project to encourage the sustainable and responsible growth of the region. According to the Massachusetts Department of Environmental Protection, the state generates more than 600,000 tons of plastic per year. The Cape alone generates more than 40,000 tons of waste plastic per year. Although some waste plastics are being recycled at higher rates than other areas, CLNV believes that its services could significantly improve its efficiency while generating revenues in the process.

In fact, Clean-Seas estimates that this amount of plastic waste could be converted to over 5 million gallons of ultra-low-sulfur diesel with a value of over $10 million annually, which could offset nearly 440,000 barrels of crude oil exploration, transportation, and production.

Additionally, the Cape has recently started paying a tipping fee of nearly $100 per ton to transport municipal solid waste, particularly waste plastic, elsewhere. Cape Cod has asked for proposals to solve its waste plastic problem, with the conversion of waste plastic into green energy and revenue being a significant focus. And, CLNV’s Clean Seas subsidiary is developing pyrolysis recycling technologies to provide a win-win solution to the area.

CLNV’s presence in the Cape Cod Chamber of Commerce will allow the company to highlight its waste-plastic-to-energy solutions in an area searching for cutting-edge technologies, hoping to add another revenue stream and bringing additional exposure to the company. And with time and through its portfolio of strategic acquisitions, CLNV could address some of the world’s most significant environmental issues while generating substantial profits in the process.

Its latest update follows an already productive year for the company. In July, CLNV announced that its Clean-Seas subsidiary has established a joint venture with Roselle Capital to develop and deploy a revolutionary pyrolysis technology in Asia that can transform plastic waste into valuable commodities and clean energy. Roselle Capital specializes in arranging strategic deals between Asian and Western companies. The company is directing the expansion of Sabah Wellness Place, a self-sustaining medical facility that will use green energy and value-added plastic waste conversion. Clean-Seas and CLNV believe their pyrolysis recycling technology could soon become one of the most respected services in the market. Roselle is helping to make that happen.

It also follows agreements made with Clean-Seas expanding its presence in Ecuador with its portfolio of services extending into the city of Santa Elena. That deal extends CLNV’s subsidiary reach, adding to its already-announced agreements with the cities of Naranjal and Milagro that have committed to long-term Municipal Solid Waste (MSW) feedstock agreements to support deploying Clean-Seas’ pyrolysis technology. The public-private joint venture partnerships, which deploy a pyrolysis waste plastic-to-energy processing plant, are expected to start in the first part 0f 2022.

The deals can be lucrative, with upwards of $100 million in capital expenditures that could generate about $13.5 million annually for CLNV subsidiaries. That will come from its finally commissioned Santa Elena facility processing 200 tons of MSW per day with the ability to expand to meet the region’s growing needs. The project payback period is also attractive, with CLNV expecting a project payback period of fewer than three years.

The even better news is that CLNV is expecting to further leverage its subsidiary’s strength to expand opportunities in Ecuador.

Clean Vision Corp is getting this done by being primarily a merger and acquisition (M&A) company specializing in sustainable and environmentally friendly technology. Driven by the “3 P’s” – People, Planet, Profit – CLNV helps bring value to its acquisitions through consultancy services, connecting them with new vertical market opportunities and accelerating the commercialization of its products.

As the planet begins to face more and more environmental crises, alternative energy sources and other green technologies have emerged as one of today’s most important sectors. Moving away from a carbon-based economy benefits the environment while also creating new revenue streams and job opportunities.

Thus, CLNV’s strategy of building a diversified portfolio focused on these industries is not only profitable; it’s timely and beneficial to all.

Clean-Seas, Inc. is the first, specializing in the conversion of waste plastics into clean-burning fuels. Now 100% owned by CLNV, the company was established in 2019 to develop improved plastic recycling technologies to reduce the amount of waste that flows into the world’s oceans.

8.3 billion tons of plastic waste currently exist on our planet, and current trends show that only 9% of that waste will be recycled. Making matters worse, 260 million tons of plastic waste were generated in 2016 alone, and experts predict that this number will rise as high as 460 million per year by 2030. This waste creates an undeniable environmental crisis, with landfills all over the world reaching capacity at record rates. However, Clean-Seas, Inc. is confident that its innovative recycling technologies could lead the way in finding better solutions to these issues.

It can also be profitable. Analysts estimate the sector to represent a $55 billion market opportunity by 2030. And Clean-Seas, Inc. is well-positioned to source and deploy its cutting-edge waste-to-energy recycling technologies, having already established operations in three continents. Additionally, the Clean-Seas management team has extensive experience working in the renewable energy sector in developing countries. Even better, not only do their operations help to reduce carbon emissions, they can also provide employment opportunities and other social programs in the areas they operate.

Best of all, now wholly-owned by CLNV, Clean-Seas can expand its market reach and accelerate the development and sourcing of its recycling technologies.

100Bio Is A Value Driver

The second company driving the opportunity behind CLNV is 100Bio. Established in 2016, 100Bio is focused on the development of the world’s first plant-based Styrofoam. Having already received compostability certifications from numerous environmental organizations, 100Bio’s plant-based foam is 100% biodegradable and compostable, containing no toxic chemicals.

Keep in mind, traditional Styrofoam is not biodegradable and cannot be recycled effectively, leaving about 14 million tons produced each year in a landfill. Despite this, Styrofoam remains a popular packaging choice due to its numerous benefits, including food insulation, low cost, and lightweight.

100Bio wants to change that landscape and develop a solution that would maintain the advantages of traditional Styrofoam while also being environmentally friendly. Moreover, its plant-based foam is an excellent product, maintaining the similar packaging benefits as traditional Styrofoam and making it better. Their products can handle more weight, provide more effective insulation, and protect fragile contents from damage, all while being 100% biodegradable.

100Bio currently has five issued patents to protect its portfolio, and it has since used its plant-based foam in food-related applications like bowls, plates, cups, and egg cartons. The company also intends to use the advantages of its environmentally friendly foam to exploit further applications, including insulation, agriculture, and sports.

Best of all, 100Bio is now 51% owned by CLNV, which will allow the company to rapidly commercialize its products through the holding company’s strength in connecting businesses to vertical markets.

The back half of this year is expected to bear some value-generating fruit. And with its wholly-owned subsidiary Clean-Seas, Inc. working with some of the recycling industry’s most in-demand technologies, these revenues may arrive sooner than expected.

Also, CLNV’s 51% stake in 100Bio and their creation of a fully biodegradable foam that retains the advantages of Styrofoam is a significant asset that could quickly send the company to the forefront of the industry. Hence, multiple market opportunities through two strong subsidiaries. That’s a good thing.

Thus, at pennies a share, CLNV stock, especially for the long-term investor, may be presenting a compelling investment proposition. And with deals happening and its M&A strategy likely to add more value, that consideration sooner than later might be wise.

The best news is that CLNV is busy and showing no signs of slowing down. So, for those that want growth, value, and exposure to billion-dollar sectors, CLNV is quite worthy of investment consideration.

Disclaimers: Hawk Point Media Group, LLC. (Hawk Point Media) is responsible for the production and distribution of this content. Hawk Point Media is not operated by a licensed broker, a dealer, or a registered investment adviser. It should be expressly understood that under no circumstances does any information published herein represent a recommendation to buy or sell a security. Our reports/releases are a commercial advertisement and are for general information purposes ONLY. We are engaged in the business of marketing and advertising companies for monetary compensation. Never invest in any stock featured on our site or emails unless you can afford to lose your entire investment. The information made available by Hawk Point Media is not intended to be, nor does it constitute, investment advice or recommendations. The contributors may buy and sell securities before and after any particular article, report and publication. In no event shall Hawk Point Media be liable to any member, guest or third party for any damages of any kind arising out of the use of any content or other material published or made available by Hawk Point Media, including, without limitation, any investment losses, lost profits, lost opportunity, special, incidental, indirect, consequential or punitive damages. Past performance is a poor indicator of future performance. The information in this video, article, and in its related newsletters, is not intended to be, nor does it constitute, investment advice or recommendations. Hawk Point Media strongly urges you conduct a complete and independent investigation of the respective companies and consideration of all pertinent risks. Readers are advised to review SEC periodic reports: Forms 10-Q, 10K, Form 8-K, insider reports, Forms 3, 4, 5 Schedule 13D. For some content, Hawk Point Media, its authors, contributors, or its agents, may be compensated for preparing research, video graphics, and editorial content. As part of that content, readers, subscribers, and website viewers, are expected to read the full disclaimers and financial disclosures statement that can be found by clicking HERE.

Other stocks on the move include AABB, PJET, and LTNC. 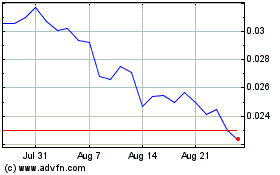 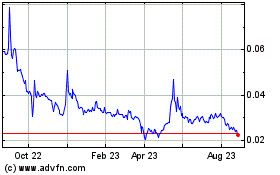 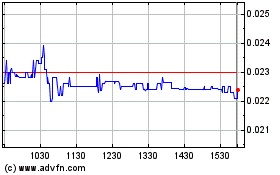