A cargo ship operated by A.P. Moller-Maersk A/S lost several hundred containers in the Pacific Ocean while sailing through heavy seas from China to Los Angeles, the latest in a spate of incidents in which boxes carrying millions of dollars' worth of goods have gone overboard.

The company said the Maersk Essen, which has capacity for more than 13,000 containers, lost an estimated 750 of them on January 16 about halfway through its trans-Pacific sailing from China's Port of Xiamen.

"All crew members are safe and a detailed cargo assessment is ongoing while the vessel continues on her journey," Maersk said in a statement on Thursday. "The U.S. Coast Guard, flag state and relevant authorities have been notified. We view this as a very serious situation which will be investigated promptly and thoroughly." A.P. Moller-Maersk is based in Copenhagen and the ship carries a Danish flag.

Several container ships have lost large numbers of boxes overboard in recent months in a spurt of accidents that maritime industry officials say had been declining.

The One Apus container vessel, operated by Singapore-based Ocean Network Express, lost around 2,000 boxes in November when it hit a storm off Hawaii on its way to Long Beach, Calif., from Yantian, China. The ship eventually sailed to Kobe, Japan, with hundreds of tipped-over containers sitting precariously onboard and remains there for repairs and an investigation into the cause of the incident.

People involved in the investigations said insurance claims from the One Apus could reach more than $220 million.

Losing boxes in harsh weather is relatively rare, but incidents this winter have been on the rise, especially in the Pacific.

Earlier this month, 76 containers fell off a vessel operated by Israel's ZIM Integrated Shipping Services Ltd. en route from South Korea to North America. On Dec. 31, a boxship managed by Taiwan's Evergreen Marine Corp. Ltd. lost around 40 containers off the coast of Japan while heading across the Pacific.

Engineers involved in the probes say they are looking into typical causes like failures in lashing systems that hold containers together. But as ships become bigger and containers are stacked high as multistory buildings, a vessel's stability may come under greater pressure from pitching and rolling.

"It's called parametric rolling and can happen when waves don't hit the bow head-on, but at an angle. The ship goes into a rolling motion in sync with the waves which, combined with the ship's normal pitching as it steams ahead, can displace cargo," said Fotis Pagoulatos, an Athens-based naval architect.

"The higher you stack the boxes on deck, the larger the forces they are subjected to when the vessel moves in waves, and this could be a contributing factor, especially as the recent demand boom has meant filling all ships to the brim," said Lars Jensen, chief executive of Denmark-based SeaIntelligence Consulting.

Yiannis Sgouras, a veteran Greek captain, said the threat can come without warning, even when waves aren't very high. "If you don't catch it early on and change course, the ship can roll from side to side as it steams forward and things fall over," he said.

Maritime insurance executives said roughly 3,000 containers have been lost at sea over the past two months.

The World Shipping Council, a Washington-based trade body representing liner companies, said in a report last July that between 2008 and 2019 on average 1,382 containers were lost at sea each year.

Write to Costas Paris at costas.paris@wsj.com 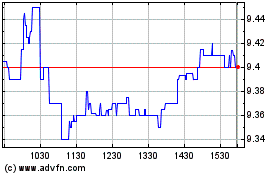