Healing Patients – For those among us who operate in this volatile, uncertain and challenging field of development-stage biotechnology, it is critical that healing patients always remains the top priority in each challenge we face. From the moment I took the helm as Chief Executive of Amarantus BioSciences, Inc. ("Amarantus", "Company", "we", or "us"), healing patients with Parkinson's disease has been front and center of my mission. In order to successfully translate the remarkable scientific advances our researchers and collaborators are making in the lab into F.D.A approved products improving lives throughout the world, we must also take into consideration another key stakeholder that supports the development and commercialization of new products in the healthcare system - the shareholder. Over the course of the last fifteen years, the many different companies that have brought revolutionary life-saving treatments to market for oncology patients worldwide, together, have definitively established that improvements in the understanding of molecular biology in the lab can lead to tremendous advances in treating deadly diseases in patients – all the while leading to significant returns for shareholders. I believe the dawn of a similar era is now at hand in the development of new treatments for nervous-system disorders and at the forefront of this period are advances in molecular neuroscience centered on neurotrophic factors and astrocytes. Armed with our PhenoGuard astrocyte cell lines (which led to the discovery of the neurotrophic factor MANF), and our proprietary Parkinson's cell culture (which was crucial to Teva Pharmaceuticals' development of Rasagiline), we believe Amarantus is poised to bring forward exciting new treatments for Parkinson's centered on our flagship MANF Program. These treatments could improve the livelihood of millions of patients who suffer from brain disorders such as Parkinson's disease – while hopefully returning significant value to Amarantus shareholders.

Amarantus was founded to develop new treatments for brain-related conditions based on technology that was originally conceived at the US Government's National Institutes of Health. Shortly after our incorporation in January 2008, we acquired certain key intellectual property pioneered by our scientific founder enabling our flagship MANF Program to develop new experimental treatments for Parkinson's disease and other nervous-system disorders. Independent researchers in Europe, Asia and North America, as well as Company scientists and collaborators, have worked tirelessly towards validating this approach and characterizing the full potential of the MANF Program by translating it towards the development of new treatments for an increasing number of apoptosis-mediated disorders. Our strategy going forward will be to continue to build strong relationships with the key stakeholders within academia, not-for-profit organizations, governments, reimbursement agencies, and industry necessary to optimize our development programs for maximum impact on the global healthcare system.

In May of 2011, we transformed from an angel-funded private company into a publicly-traded company by way of a reverse merger. At that time, we believed becoming a public company would significantly advance our corporate development efforts by leveraging the liquidity provided by our new public equity to raise capital and advance our core programs, all the while allowing us to acquire complementary technologies to create additional product offerings around our MANF Program. Shortly after trading in our shares began in June of 2011, market conditions were adversely impacted by a crisis of U.S. Sovereign Debt that was precipitated by political gridlock in Congress and cemented by a downgrade of U.S. debt by the debt rating agency Standard & Poor's. In November of 2011, in response to market turmoil caused primarily by certain U.S.-listed Chinese companies fraudulently deceiving investors, the S.E.C. made the regulations for companies that had recently completed reverse mergers significantly more stringent, possibly creating a negative perception of 'reverse merger' companies. These events, which were completely outside of our control, made developing broad investor interest in an early-stage biotechnology company with limited trading history such as ours significantly more challenging than originally anticipated.  Despite these challenges of the last year, we were able to raise sufficient capital to fund our core programs with a small group of investors who believed in our technology's potential. Going forward, we are hopeful to raise capital in more efficient ways from a broader group of investors and believe that the new regulations surrounding the crowdfunding portion of the J.O.B.S. bill recently signed into law could have a significant positive impact on our fundraising endeavors. In order to position ourselves to excel in this emergent fundraising environment for public companies, management of Amarantus intends to engage more directly with investors over the course of the next several months to increase awareness of our programs and gain broader acceptance of our business plan from the global investment community.

On May 30, 2011, we entered into a letter agreements regarding Intellectual Properties Licensing and Collaboration Arrangements with Generex Biotechnology Corporation ("Generex", OTCBB: GNBT).  Under the letter agreements, Generex will grant to us a non-exclusive worldwide license for the clinical and regulatory development and commercialization of our programs in combination with the Generex Technologies, excluding the field of diabetes treatment.  We are continuing to work towards completing that transaction as we believe there is significant value in combining their RapidMist® technology with our current and future pipeline. In January of this year, we entered into a licensing agreement with Power3 Medical Products, Inc. ("Power3", OTCBB: PWRM)) to acquire certain rights to a blood test capable of reliably diagnosing patients who have Parkinson's disease in order to develop a revenue generating product that would further enable our lead Parkinson's treatment program. On March 15, 2012, Power3 declared bankruptcy and we are currently working with the bankruptcy trustee to assess our rights and options relating to the license and the related intellectual property. Our intent is to acquire outright the assets relevant to our MANF Program and fund their further development. Most recently, on April 30th, 2012 we executed a letter of intent with Rainbow Biosciences ("Rainbow", OTCBB: RBCC) to provide funding towards one or more of our Parkinson's programs within 60 days. We are working with Rainbow to determine which program is most suitable for the contemplated funding and what the best structure of the collaboration would be for both parties. We will continue to inform the marketplace on the progress of these transactions and how they relate to the overall business of developing our MANF Program to deliver new treatments to patients.

In the last year the Company has achieved the following important milestones:

The most critical milestones for us to achieve in the next 12 months are:

In closing, we are dedicated towards our mission of improving the health of patients worldwide who suffer from Parkinson's disease and other neurological disorders. My team is focused on overcoming the obstacles we face and we are excited about our prospects for the future.  I would like to personally thank each of our shareholders for your support and belief in Amarantus over the last year. I strongly believe that your continued support will allow us to ultimately improve the lives of millions worldwide suffering from Parkinson's disease and apoptosis-mediated conditions, while hopefully delivering significant value back to our shareholders. I am excited to lead Amarantus as we take on these challenges and will continue to work with great passion to lead us towards success.

MANF (Mesencephalic-Astrocyte-derived Neurotrophic Factor) is a protein that corrects protein misfolding, one of the major causes of apoptosis (cell death). The lead MANF development effort is centered on a therapy for Parkinson's disease, currently funded by a research grant from the Michael J. Fox Foundation for Parkinson's Research. A secondary MANF development effort is centered on developing new therapies to treat Traumatic Brain Injury and is currently funded by Brewer Sports International.

Amarantus BioSciences, Inc. is a California-based development-stage biotechnology company founded in January 2008.  We have focused on developing certain biologics surrounding the intellectual property and proprietary technologies we own to treat Parkinson's disease and other human diseases.  We own the intellectual property rights to a therapeutic protein known as Mesencephalic-Astrocyte-derived Neurotrophic Factor ("MANF"). For further information please visit www.amarantus.com. 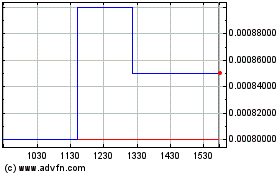